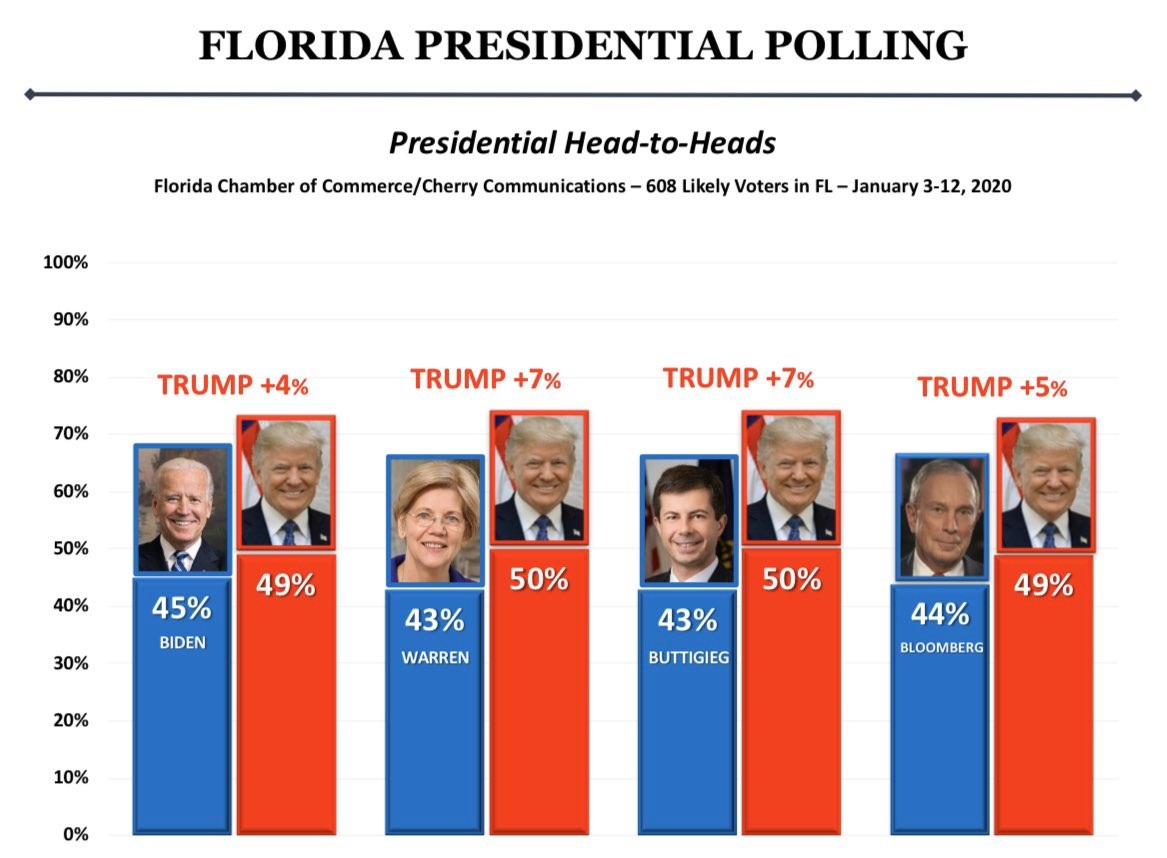 That’s what a new poll says that has him crushing every democrat front runner in a hypothetical election. The poll shows head to head races with each democratic opponent and Donald Trump, with Trump winning in each lineup.

The same poll also showed that a large bulk of the sunshine state are completely behind the President in the impeachment trials.

Also good news for republicans, Governor Desantis has an incredible 68% approval rating, with only 18% disapproving of him.

For impeachment, 52% strongly disapprove of the President being removed from office, and only 43% approve.

“Floridians are confident in Governor DeSantis and, while they’re concerned about healthcare costs and workforce quality, support his efforts to help keep Florida moving in the right direction and champion solutions,” said Mark Wilson, President and CEO, Florida Chamber of Commerce.

These are all of the results from the Florida poll:

ABOUT THIS POLL:  The Florida Chamber of Commerce political poll was conducted on January 3-12, 2020 by Cherry Communications during live telephone interviews of likely voters, and has a margin of error of +/- 4 percent. The sample size included 247 Democrats, 241 Republicans and 120 Others for a total of 608 respondents statewide. The samples for the polls conducted by the Florida Chamber are consistently drawn from likely voters and newly registered voters, meaning those voters who have the propensity and past performance of voting in elections, rather than simply including registered voters. Voters are again screened for likelihood of voting.