Machines replacing human labor has always scared people. Automation. It’s a dirty word. Certain candidates with the Democrats have made it a boogieman, and now automation is a bad word. Will it cause an economic tsunami of job losses, as some politicians predict? If we base facts on history, probably not.

Heres all the times a job was automated, and it didn’t cause any real job loss.

The cotton gin is probably the most popular product in terms of mass automation. We learn about it in American history classes. Ironically, it was created because the inventor WANTED jobs loss. Eli Whitney invented it in hopes that it would make slavery obsolete.

Eli figured that with the cotton gin farmers could separate cotton fibers from seeds without slaves. Slavery would then disappear as a job. But as we know from our history books, the opposite happened. Slavery exploded from the automation.

Thomas Edison changed the world with the harnessing of electricity. But few think about all of the industries that revolved around a world without electricity. The jobs worldwide could have ranged in over a million. And everyone from the lamp lighters to the candle makers were scared to death of the light bulb.

Hundreds of thousands of people around the world were solely responsible for lighting and putting out lamps, before electricity. Lamplighters would light poles in the evenings, and then snuff them out in morning.

candlestick maker was another essential occupation wiped out by Edison. Every city, town, village and neighborhood had one. Where else was everyone going to get candles at? Candlestick makers were a mass industry in the 1800s. The candlestick makers number in hundreds of thousands worldwide. First kerosene, and then the light bulb, caused their decline and extinction.

An unlikely invention that also caused fear of mass job loss was the alarm clock. Before alarm clocks, people still had to get up in the morning. So they’d hire a human alarm clock. This person, for a price, would wake you up at the time you ask them to. They would bang on your door, or use a long stick to rasp on your window. They were called Knocker-Ups. Alarm clocks obviously did away with the knocker-ups.

Fridges were the death of a very popular but forgotten occupation called “ice cutter.” The ice cutter would store very large ice cubes in winter months and in warmer weather, cut chips of the ice cubes up. They would then sell them in boxes. They even delivered! Mainly farmers or rural residents of colder climates did this between crop season. The profession lasted until the fridge.

Last but not least, the most absurd argument against automation probably goes to that of the watermen who protested against bridges. Before the mass construction of bridges across the western world, watermen were the way to cross a river. A waterman was someone who lived along a waterway and ferried people across for a price. It was a major industry that employed hundreds of thousands or maybe even over a million people worldwide. The river Thames in England had 40,000 watermen alone in the 1700s. When societies in both the UK and America began pushing for bridge construction, watermen were not happy. They said building bridges would cause mass recession. Basically the process of crossing water was being automated. Sure enough though, the automation of water crossing was done, annd there were no recessions. 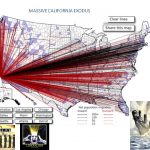