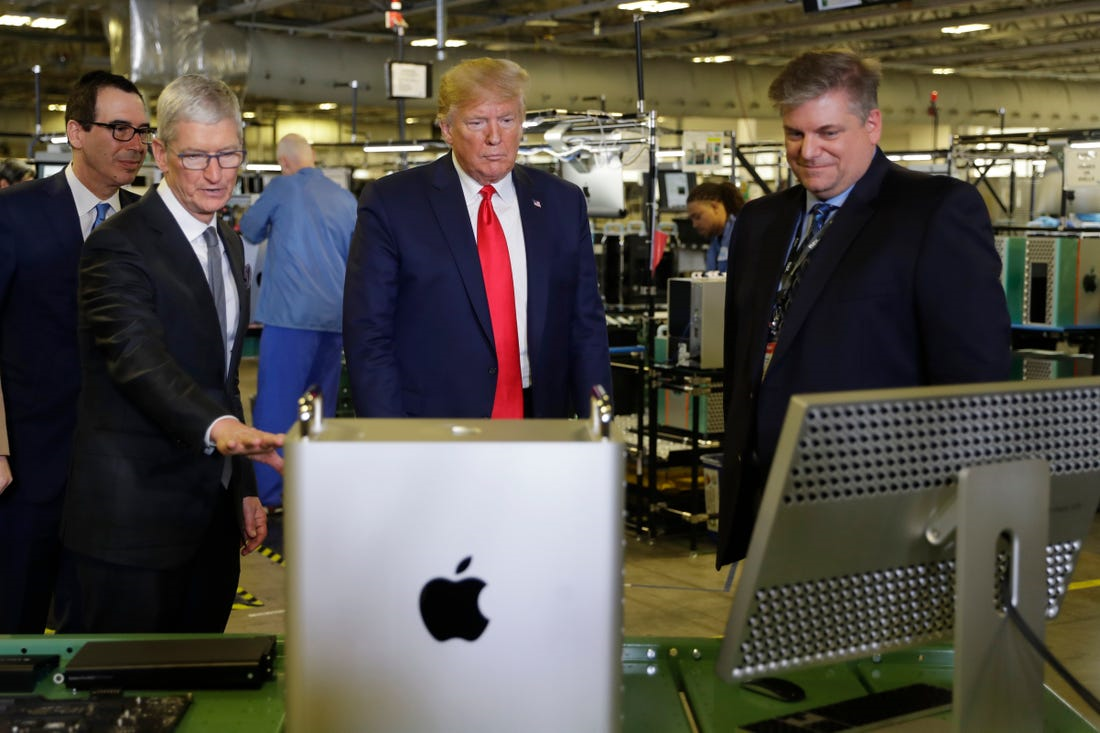 President Trump has won a major victory in his trade war: he’s successfully pressured computer tech giant Apple to stop a plan to move it’s factories from the United States to cheap labor capital of the world, China.

At the announcement of the move, the President tweeted quote: “Great news! @Apple announced that it is building its new Mac Pro in Texas. This means hundreds of American jobs in Austin and for suppliers across the Country. Congratulations to the Apple team and their workers!”

Apple hasn’t publicly given any comments on the move, but the pressure from the President over the announcement of the move had speculation that Apple would cave in.

Hundreds of american families now are no longer at risk of losing factory jobs thanks to the decision.