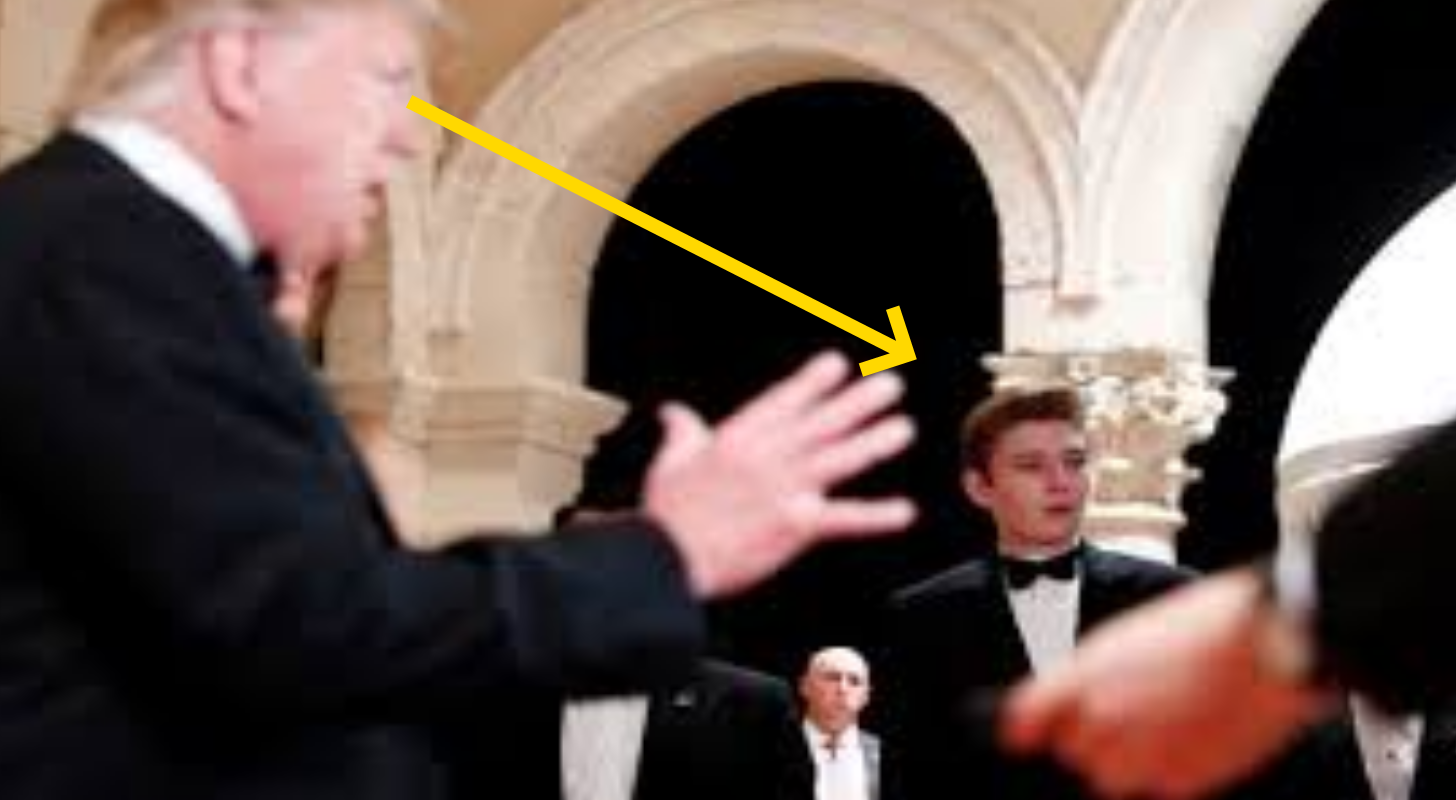 It seemed just like yesterday when Barron Trump was a little kid, watching his President, his father, proclaim victory. He was yawning at 3am in NYC as President Elect Trump gave his first speech to the people.

Well, a few years have passed, and now the young man looks like he’s turning out to be as handsome as his father, and even taller!