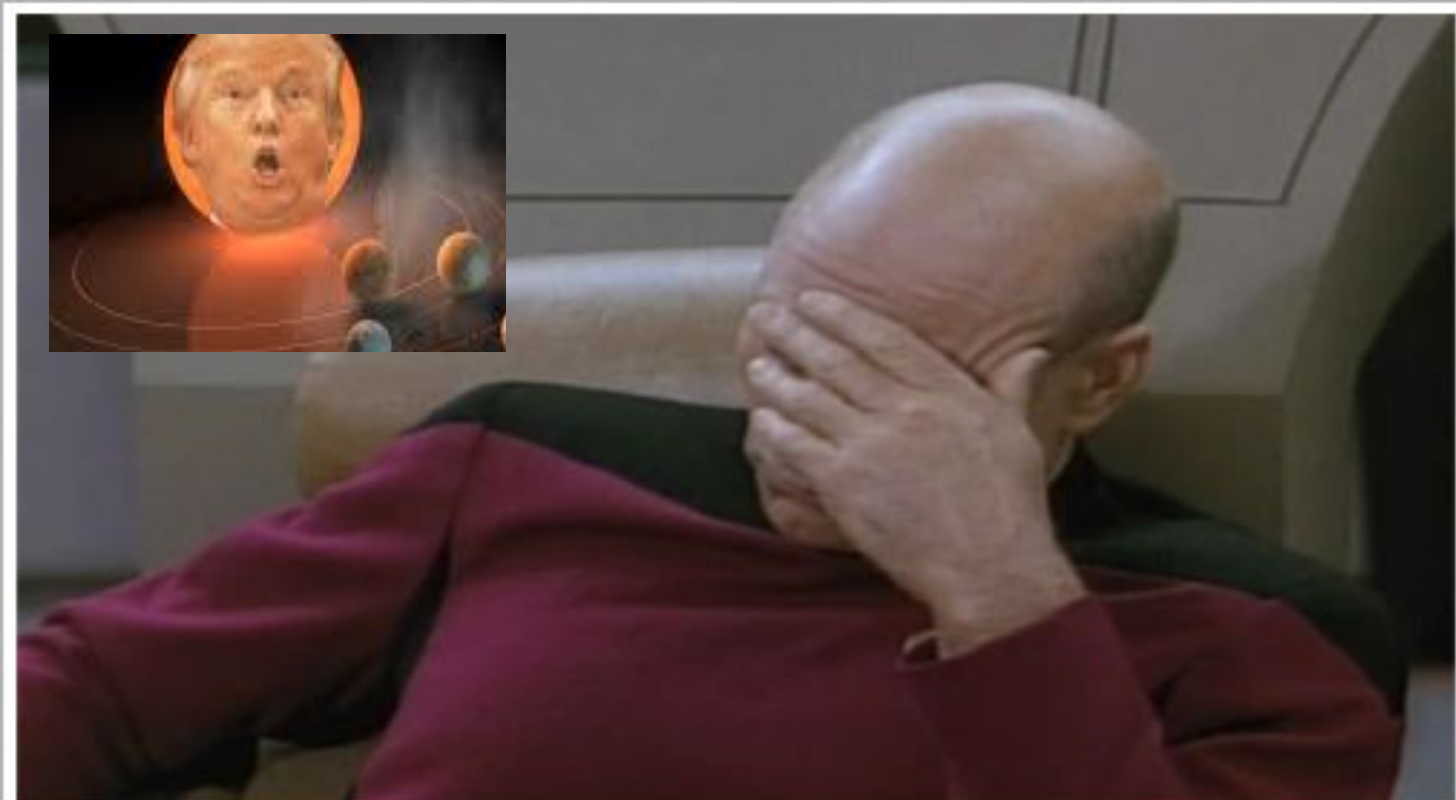 Beam me up Scotty, our tricorders are picking up something very strange from the surface of this planet they call “Hollywood.”

The new Star Trek show Picard is promising to be a big hit.

Well… if you’re not a fan of Brexit, or Donald Trump.

Picard’s lead actor, Patrick Stewart explains that the Federation of Planets featured in Star Trek is going to be different, more isolationist.

Stewart explains the change, saying it “was me responding to the world of Brexit and Trump and feeling, ‘Why hasn’t the Federation changed? Why hasn’t Starfleet changed?’ Maybe they’re not as reliable and trustworthy as we all thought.”

Stewart has said that his home nation of the UK is “F***ed, completed F***ed.” Not very becoming of a Starfleet captain.

Stewart later explained that he thinks Trump will win again in 2020.

So it begs the question, does Jean Luc Picard see Trump as a Romulan, a Klingon, or Cardassian?