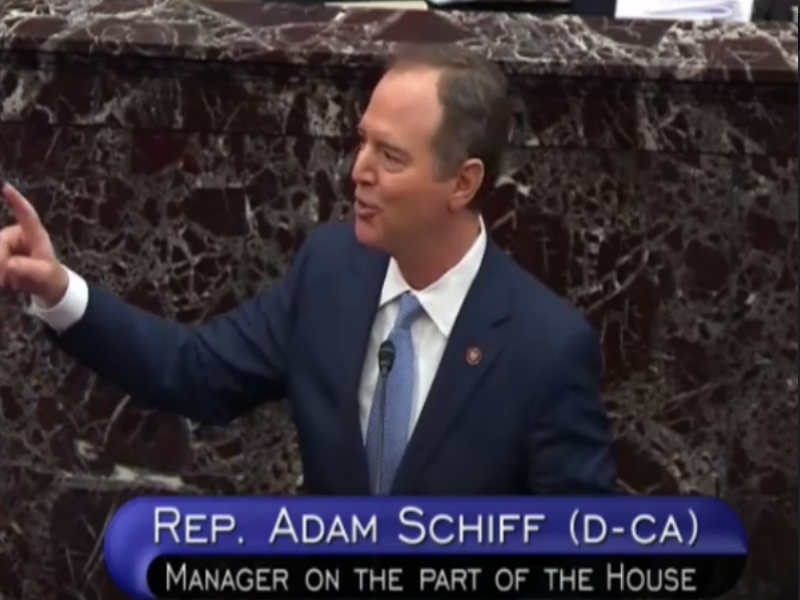 Adam Schiff may not be the biggest fan of President Trump. Okay, that’s an understatement.

Now he’s been caught doing the unthinkable today during the senate trial for the impeachment: blasting one of his own.

Well, someone who usually is on his side.

Adam Dershowitz is a major player for the Democratic Party and liberal causes. But he has suddenly become a “turn coat,” defending President Trump on FOX News of all places and blasting the Democrats impeachment efforts.

In spite of all this, the good professor is still a dyed in the wool liberal, and planning on voting for the Democratic nominee this year.

But by defending President Trump during the Senate hearings, his best buddy Adam Schiff sure isn’t happy.