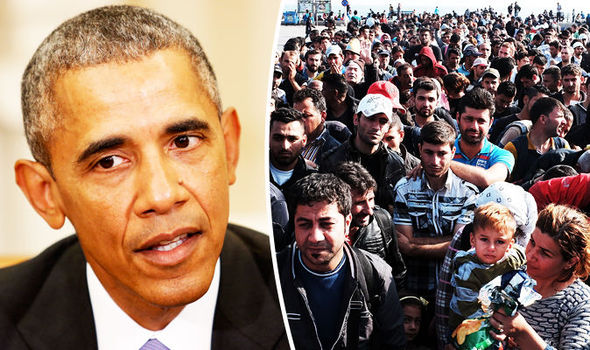 Before he left office, President Obama had one last move to do; resettle a whopping 97,000 refugees into the US, using Government assistance.

The spike is seen in 2016 which was the most refugees resettled in the US since the Clinton years. It also broke a record for his own administration.

President Obama did not hide his admiration for refugee resettlements either. He was a firm advocate of the program and actively sought to increase the amount of refugees brought in every year.

He even went so far as to call out President Trump in Trump’s first year in office.

“This crisis is a test of our common humanity. Whether we give into suspicion and fear and build walls, or whether we see ourselves in another,” Obama said at a world summit on refugees, though he didn’t mention Trump by name.

Trumo meanwhile has done a lot to reverse the policies.

Some States Are Putting Their Foot Down

Texas- Not all states are letting President Trump fight against the Obama era refugee policies alone though. Governor Abbot is going to put his foot down and stop taking refugees, the first governor in America to do so. He says that from now on, he’s going to put Texans first and take care of the state’s own before taking more refugees to care for.

The Governor announced years ago his plans to withdraw from the program, but only now has it gone into effect officially.

The move is seen as a positive step in reversing the refugee resettlement program that was increased under Presidents Bush and Obama.

At it;s height over the last decade, 97,000 refugees were “resettled” in just one year during the end of Obama’s presidency.

3 thoughts on “Obama Had US Bring In 100,000 refugees Before Leaving Office”