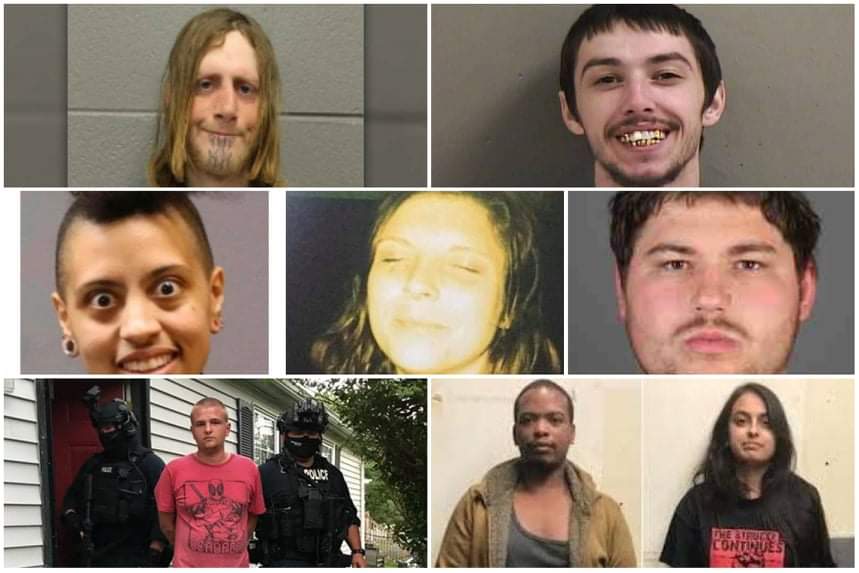 Antifa terrotists across the United States are being rounded up by the FBI and indicted on numerous charges.

Attorney General William Barr said Thursday that federal agents have arrested 51 people for acts of violence since the protests began.  Take a look at some below:

Samantha Shader, of Catskill, N.Y., is accused of throwing a molotov cocktail at an NYPD van with officers inside last Saturday. Fortunately nobody was hurt. Shader was taken into custody where she faces attempted murder charges.

And in a separate incident but during the same insurrection, two liberal antifa attorneys from Brooklyn are also charged in federal court with throwing an incendiary bottle at an unoccupied police vehicle. Police said Colinford Mattis and Urooj Rahman were arrested early Saturday in a van full of explosives.

A $250,000 bond and home detention was approved for both. The U.S. Attorney’s Office is appealing that decision.

In Nashville, 25-year-old Wesley Somers was charged with helping to set fire to the historic city hall building.

In a Chicago, 31-year-old Timothy O’Donnell was arrested for exploding a police car while wearing a joker mask.

In Illinois, 28 year old Matthew Rupert was arrested for video taping a slew of terrorist acts.

in buffalo, 20 year old Courtland Renford was arrested for throwing a burning laundry basket at police.

the FBI has promised that there is more still to come.