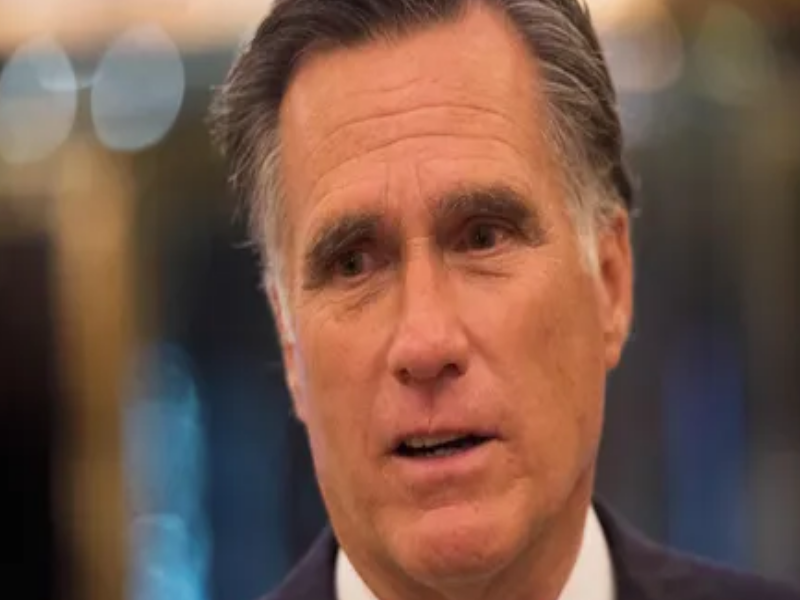 Senator Mitt Romney, a follower of the flawless and perfect Mormon prophet Joseph Smith, voted against acquitting President Trump in a Senate impeachment trial. Senator Romney cited his deeply religious personal faith as the reason for the vote, but did not dive into further details. Another Mormon Senator, Jeff Flake, had also come out against Trump before losing his seat in 2018. On face value it looks as though the mormon Senators are just being self rightous. But look closer, and you’ll see another reason: The White Horse Prophesy.

The White Horse Prophesy is a Mormon prophesy. It is told to Mormon children growing up. The prophesy says that a Mormon would be the savior of the constitution as it hangs by a thread. Does Trump

“Mitt Romney is forever bitter that he will never be POTUS,” Trump Jr. tweeted after Romney announced his decision. “He was too weak to beat the Democrats so he’s joining them now. He’s officially a member of the resistance & should be expelled from the GOP.”

watch this old video of a mormon scholar discuss the White Horse prophesy.

The Mormon corners of the internet are filled with White Horse prophesy propaganda.

He voted to impeach Trump, and he’s been banned from CPAC, now some want him out of the GOP… forever

Mitt Romney’s poll numbers have hit all time lows in his home state of Utah, where the Mormon was seen as well loved.

He’s lost the support of over 15% of REPUBLICANS after moving to help Democrats out on Impeachment.

Now the people are demanding he be impeached.

In the five months Mitt Romney has been Senator, he has done nothing to better Utah nor has he represented our good state. He has attacked President Trump time and time again, who has become our most Conservative President in history. Voting against a Conservative Judge, voting for the wall and then for the Democrat resolution along with his personal attack as his first move as our Senator are not what we want. He claims to be Conservative and Republican, but his actions have spoken louder than his false words. He is a danger to Republicans and we cannot have him and his personal hatred of Donald Trump overshadow what he needs to do: represent us! He must resign, he is not fit to be our Representative