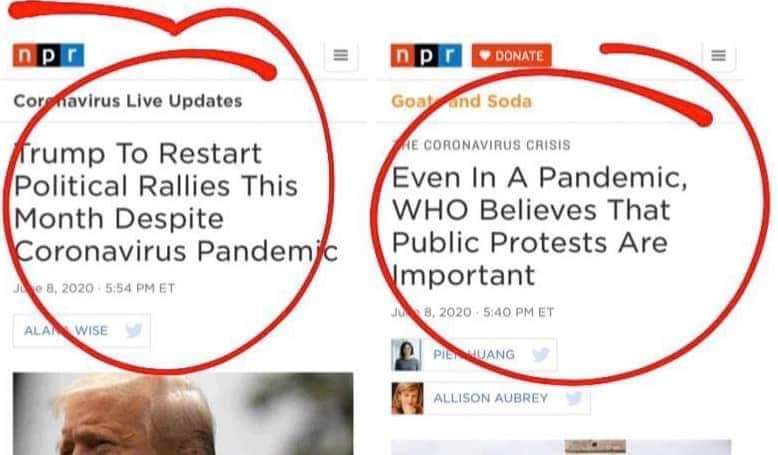 NPR demonstrated within less than half an hour the extreme hypocrisies that the media will go through to make Donald Trump look bad. The National Public Radio, a bastion of far left politics, wrote an article defending protestors. The headline read that the WHO recommended protesting as a right inspite of a pandemic.

But then less than 20 minutes later, they published an article that waa critical of President Trump wanting to hold rallies again, insinuating the crowds should not be allowed due to the pandemic.

If that’s not liberal media hypocrisy, we don’t know what is.