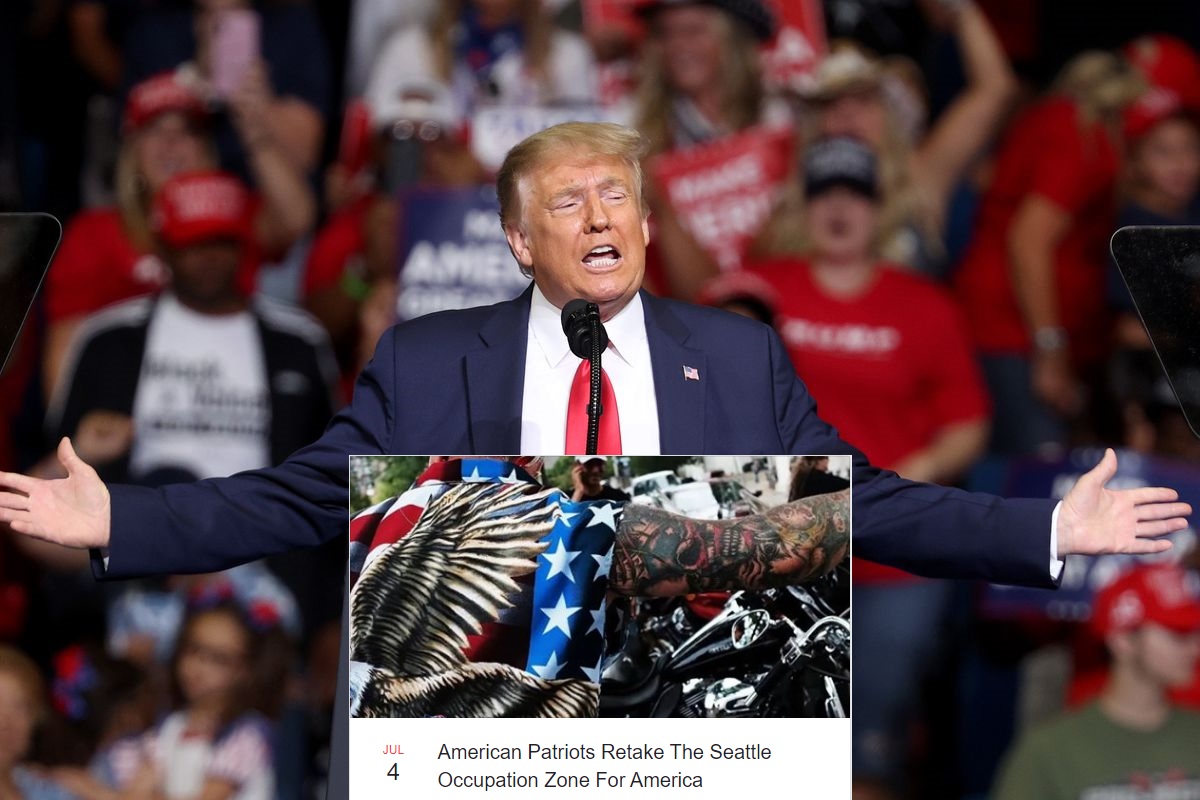 Its unknown if the President is currently aware of the massive event being planned to take place on July 4th but it is known that the Mayor of Seattle still refuses to help police do their job in the autonomous zone. Multiple shootings broke out in Seattle over the weekend with police unable to adequately respond.

Trump previously tweeted about his intention to step in if the Mayor of Seattle and the Governor of Washington refuse to take control of the situation.

American Patriots plan to walk into CHAZ and dismantle it to liberate the residents and businesses who have been subject to lawlessness and extortioners. There’s a great risk of violence breaking out considering the nature of the antifa terrorists occupying the city. The situation could quickly get out of control forcing Trump to take executive action to save innocent lives. Its abundantly clear that neither Governor Inslee or Mayor Durkan care about this violent takeover. When American Patriots show up to end it they will almost certainly sing a different tune.