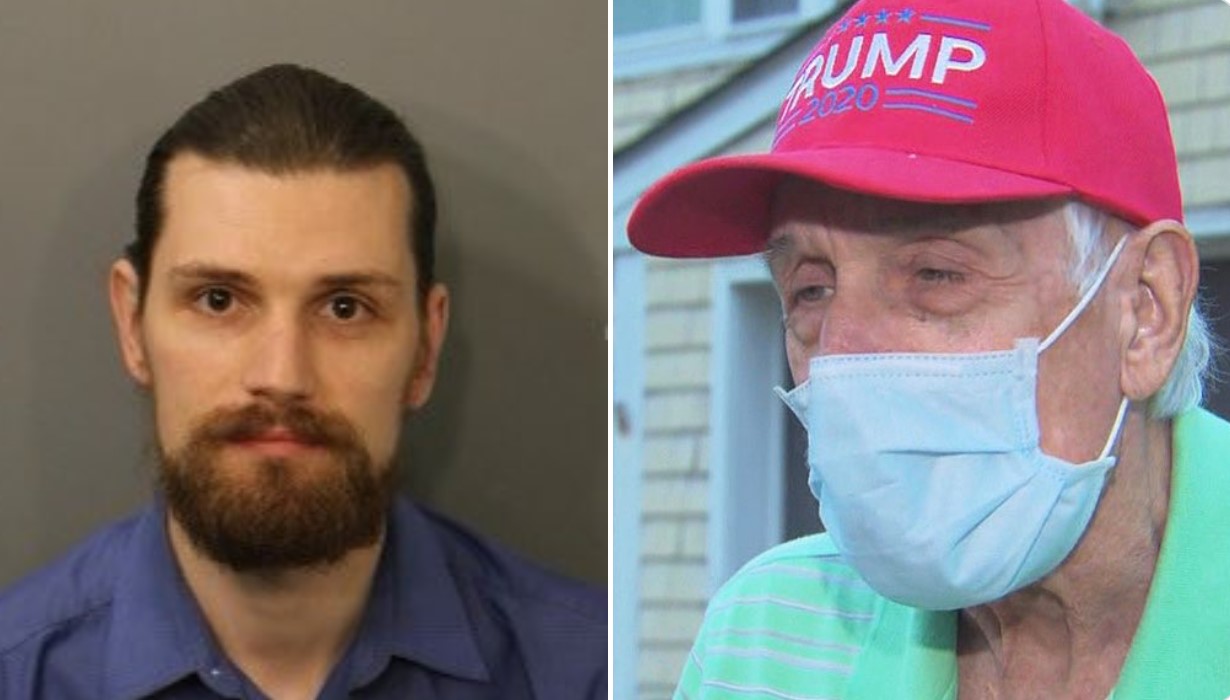 A 27 year old has been arrested after a violent assault on an 82 year old man for wearing a Trump hat and waving a Trump sign. 27 year old Aiden Courtright was taken into custody by police and is now facing serious criminal charges of committing a civil rights violation injury; assault and battery on a person over 60 years old; vandalizing property; and assault and battery with a dangerous weapon on a person over 60 years old, according to local media.

The senior was standing on the street with Trump gear in the town of Fall River, Massachusetts, when Aiden was driving by and became enraged by the hat and sign.

“The guy when he came at me, I have never seen a horror story that the face was so filled with hate and anger as his was,” the senior, Charles Chase, told a local tv station. “I was just frozen.”

Even worse was the fact that Aiden was wearing pointed leather shoes and after he knocked Mr. Chase to the ground, began pummeling him in the ribs with violent kicks.

Fortunately Mr. Chase is going to be ok, and Aiden is likely facing some type of jail or prison time for the incident.