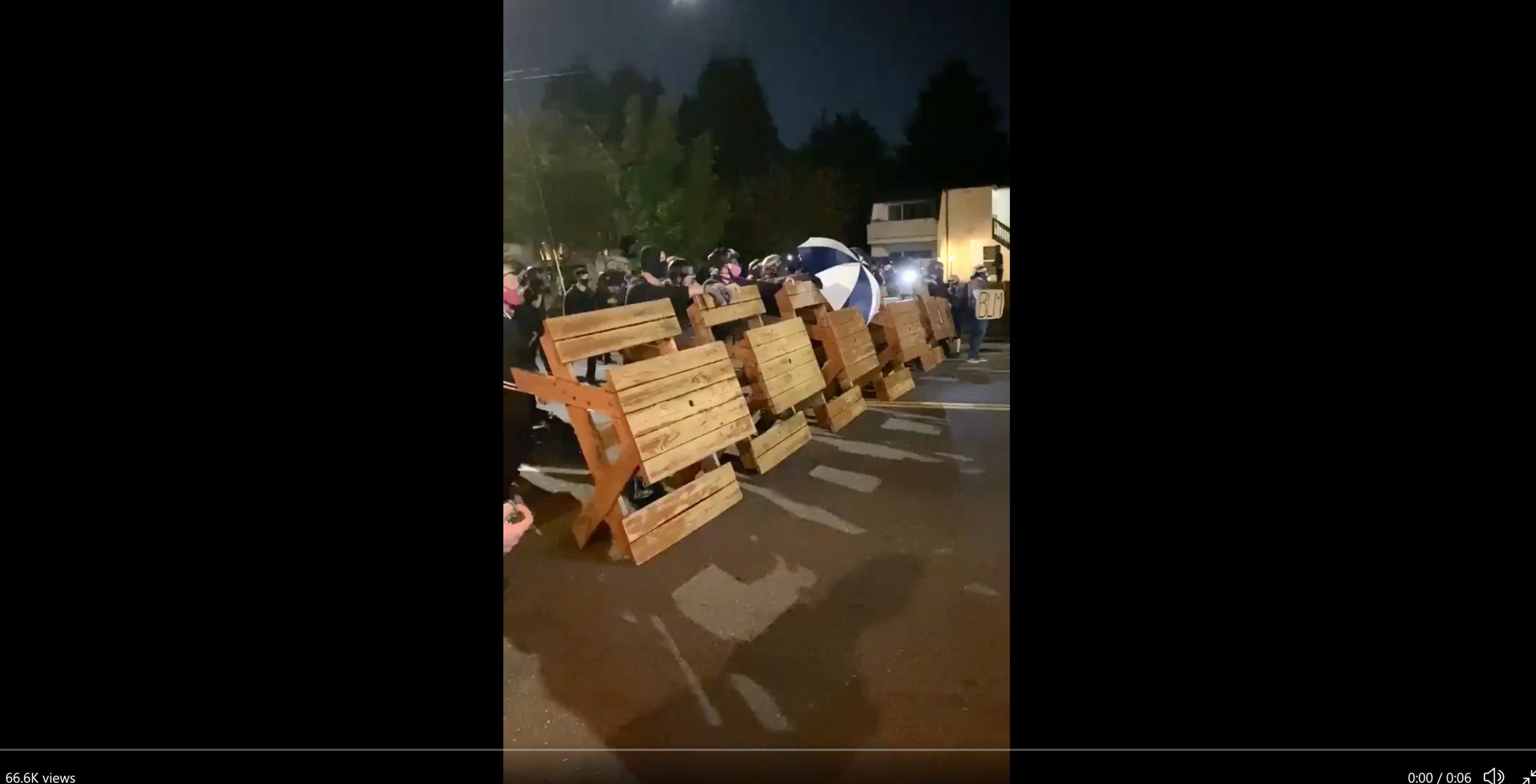 A video shows rioting from Portland last night in which the so called peaceful protesters stole benches from a nearby restaurant. They then erected a barricade in the street and blocked off the street.

The video can be seen below. Antifa has begun moving away from the Federal courthouse and on to city and state property again. This is likely being done because assaulting federal property puts the terrorists in the cross hairs of federal law enforcement.

The Mayor of Portland has been sympathetic and supportive of the rioters.