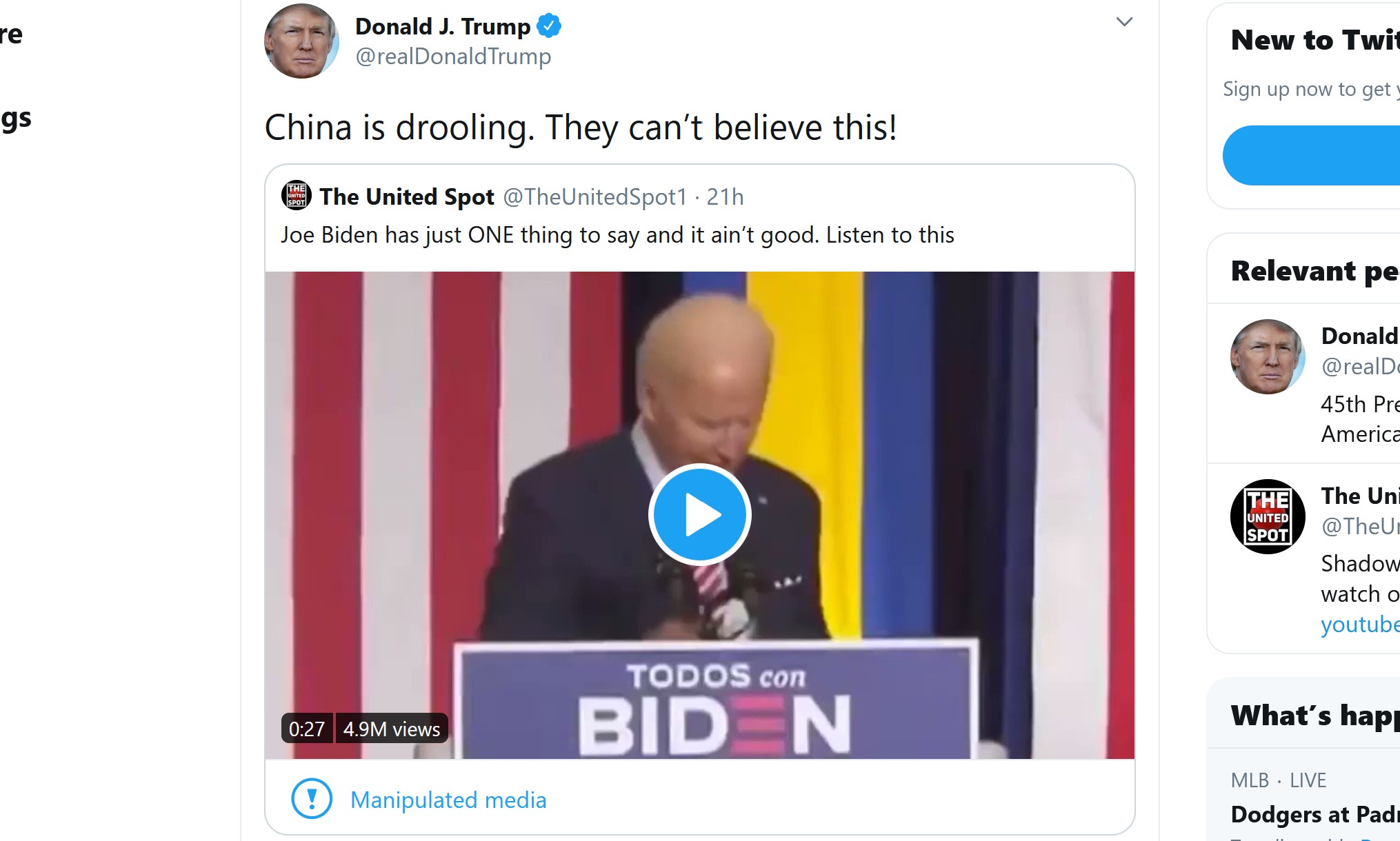 Joe Biden embarrassed himself in Florida during his first campaign stop in the state, and Trump pounced right on it. The Democrat candidate is desperately trying to win over Latino voters, and in doing so, he did a little jig of some sort on stage while playing puerto rican hip hop from his phone. Watch the cringe worthy video below:

The behavior brought back memories of when Elizabeth Warren danced on stage.

The International Business Times wrote an article berating the President for posting a “fake video” on his twitter page.