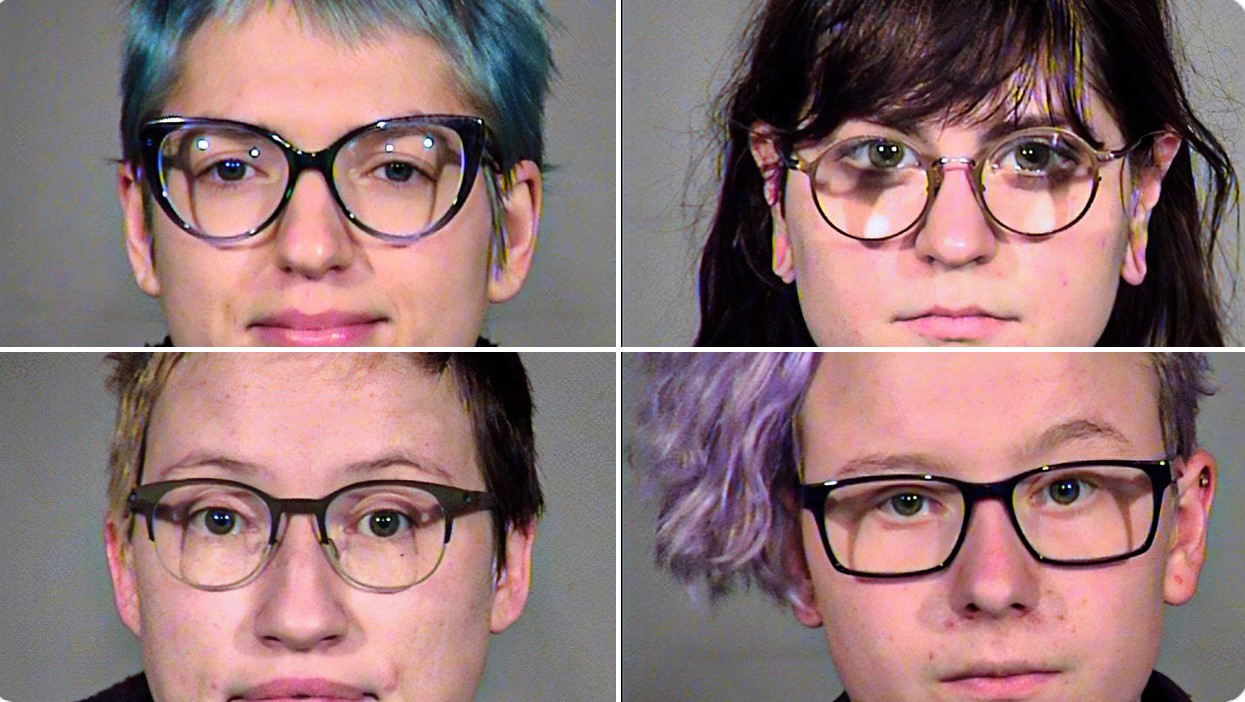 An antifa gang dubbed by the internet “the geek squad” has been picked by by Portland police for rioting, disturbing the peace, and interfering with police business.

The gang, made up of 30 year old Sarah Rider, 26 year old Kelsey Marley, Madeline Kay, and Molly Peterson, were arrested by police last night during another rambunctious night of rioting.

The rioting included the toppling of statues of President Theodore Roosevelt and Abraham Lincoln.