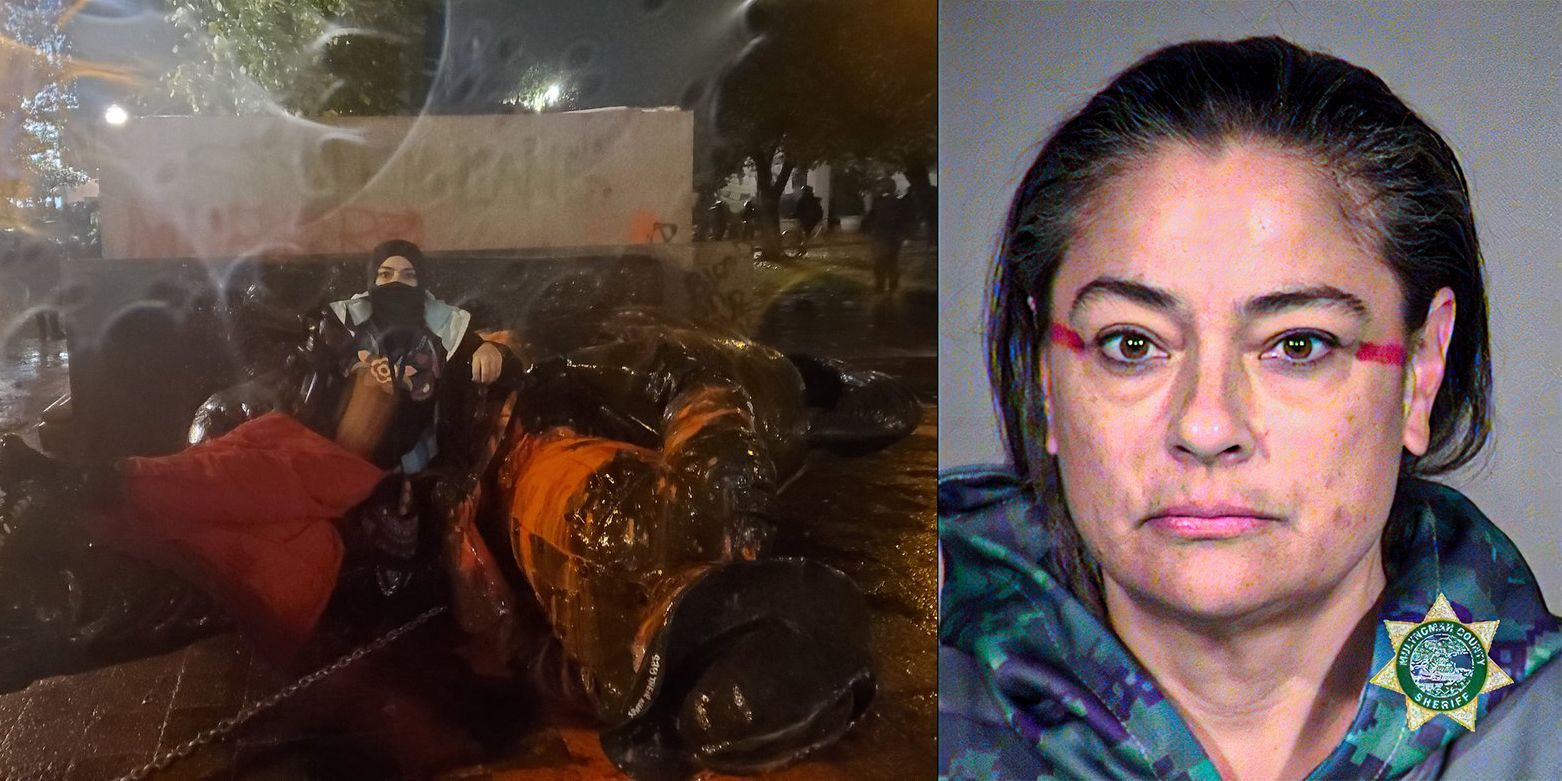 An antifa ringleader and self proclaimed war chief on the streets of Portland has been implicated in the toppling of the statues of former Presidents Abraham Lincoln and Theodore Roosevelt.

The antifa domestic terrorist has been arrested 7 times since May, and her charges have always been dropped.

Tracy Lynn, who also goes by her indigenous chieftain name Cozacachuatli, posted a picture of herself on twitter with the statue after it’s toppling.

After Trump retweeted the images of the statue coming down, she mocked his tweet.