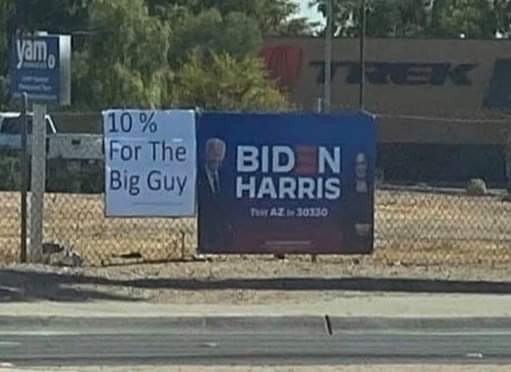 The Democrats are outraged over a new sign going up across America.

Social media has been littered with photos of signs saying “10% for the big guy” going up next to Biden Harris campaign signs. The new provocative signs make reference to the notorious email scandal where Hunter Biden said in email to big foreign executives that they need to pay “10% for the big guy” in a form of kickback.

Hunter is accused of getting rich on his father’s position as Vice President.

American patriots have begun putting signs like this up everywhere, much to the horror of Democrats who want the scandal as far from voters’ minds as possible.