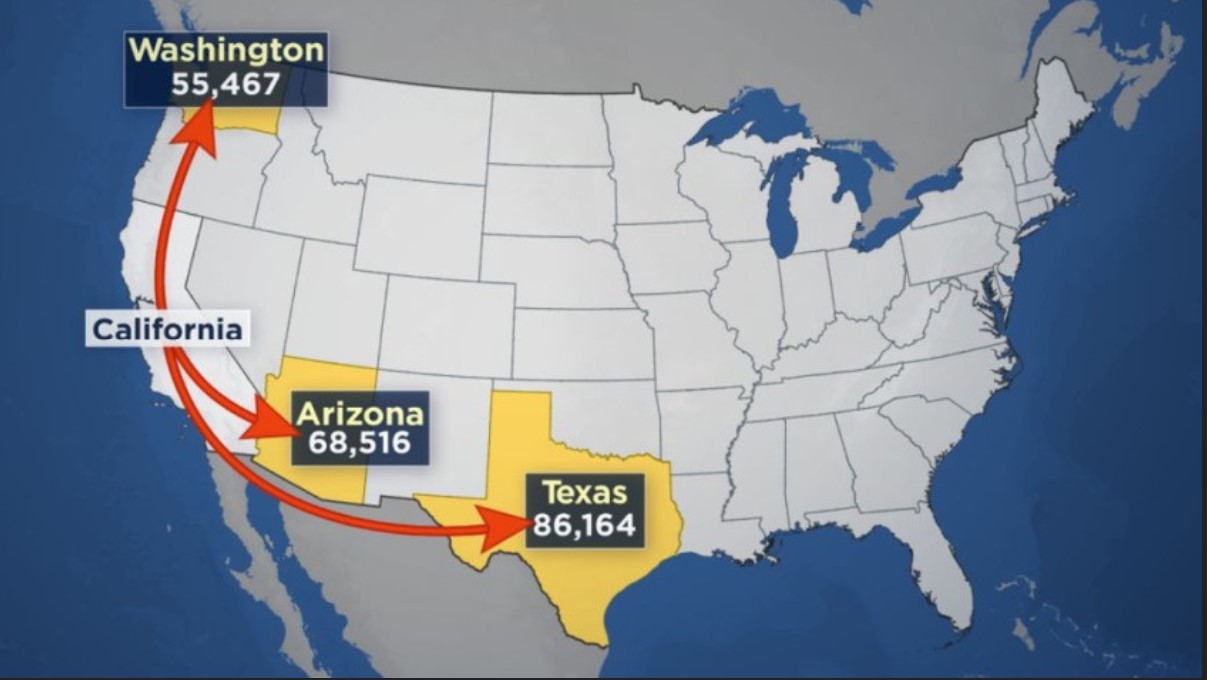 The mentally handicapped New Yorkers and Californians fleeing their liberal shithole states for conservative, free market Republican ones seem to have a problem with understanding why their states became shitholes in the first place. From Arizona to Washington to Colorado to Georgia to North Carolina, Democrats are fleeing California and New York after a decade of electing far left progressive Democrats to office and reaping the benefits of their enlightened polices.

Californian transplants in Texas are forming progressive and socialist organizations, and electing socialists never before seen as possible to be elected in Texas. Arizona saw itself go blue for the first time in decades, thanks to the massive influx of Californians and New Yorkers that statistics show have flooded the once Conservative state.

And Georgia saw over a quarter of a million people move into the state over the decade, practically all from California and New York.

Thanks to it’s outstanding success in New York, Arizona voters shockingly voted for a progressive liberal tax hike on the rich to fund… yoou guessed it.. schools. Because New York has taught us that the more money you throw at schools, the better they obviously do.

The liberal shitholes meanwhile of Illinois, California, New York, Delaware, Rhode Island, Hawaii, and others sadly see no influx of liberals moving into them. Gee, one should wonder why?