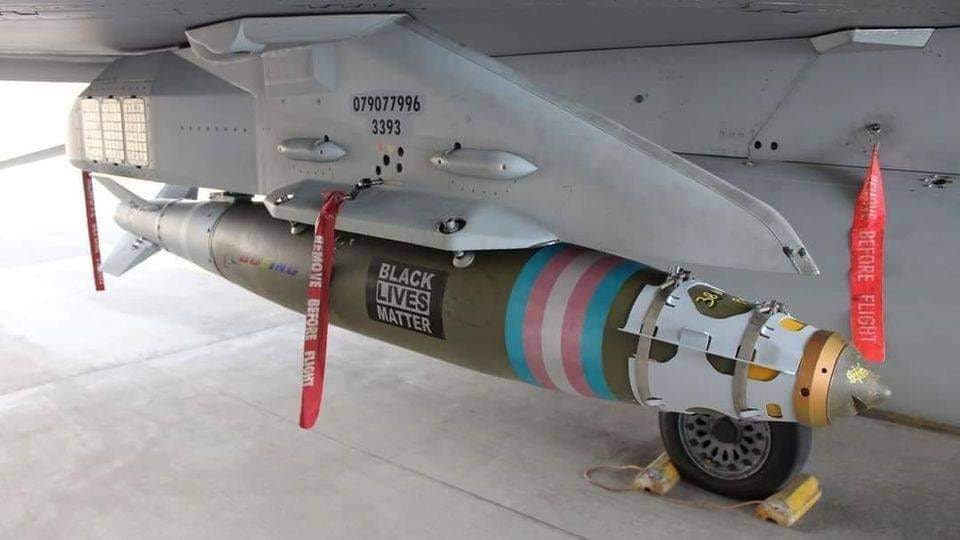 A photo was published online purported to show one of the devices used in Crazy Joe’s air strike on Syria yesterday. The bomb was equipped with a trans flag and the BLM logo, before being dropped on brown syrians.

The media and anti-war left was silent of course.

The lives of people of color are only apparently important while a Republican is President.