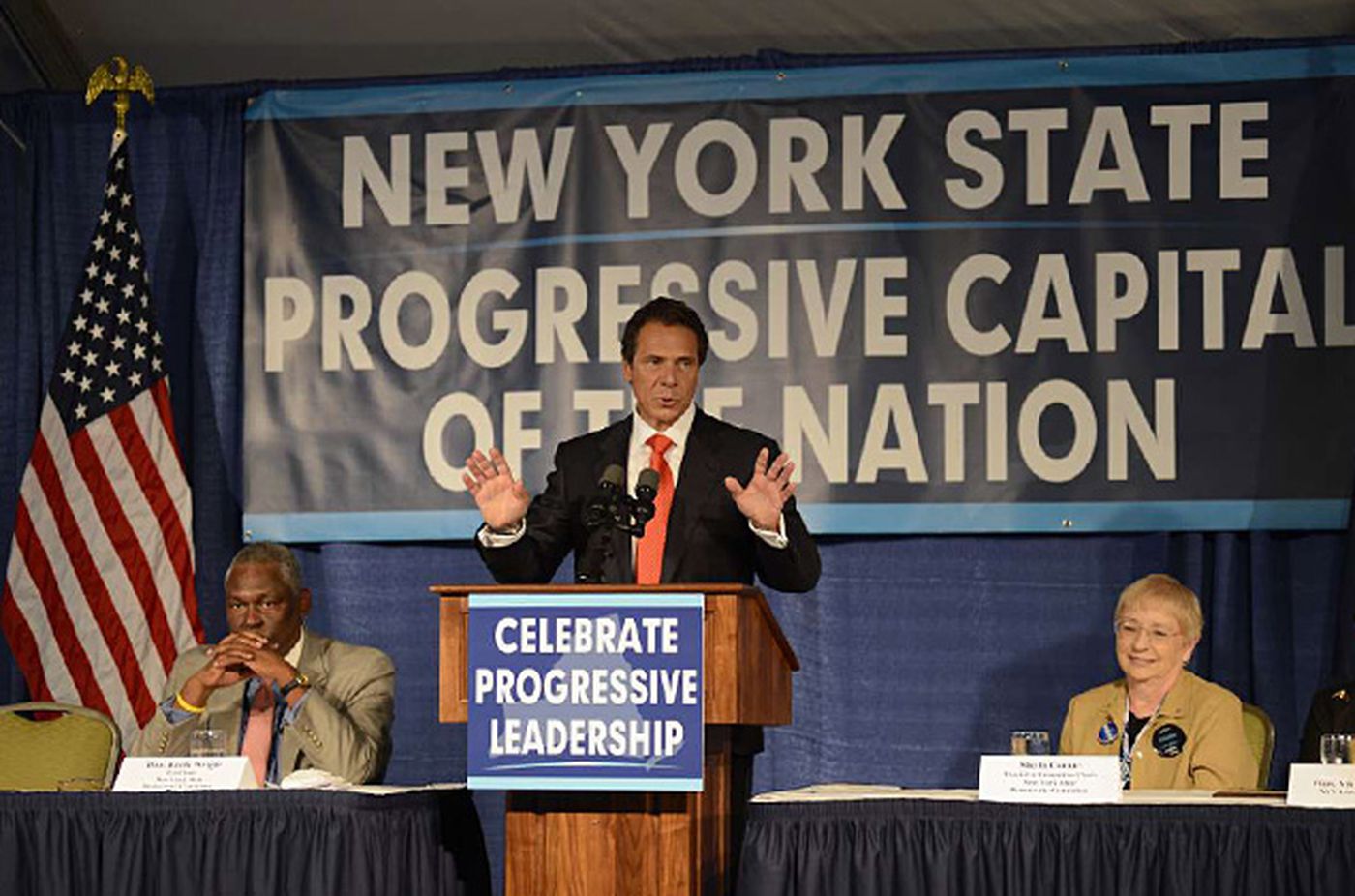 “Who was the merry wag who crowned the State as the Empire State? New York would certainly raise a monument to his memory, but he made his grandiose gesture and vanished forever.”

New York State. Almost immediately after it’s birth into statehood, the “breadbasket of America” saw it’s economy and population skyrocket. Despite rugged cold winters and it’s northern climate, it’s Laissez-faire capitalist principles established by followers of Capitalist Godfather Adam Smith caused it to prosper. Up into the beginning of the 1800, industry and jobs boomed in the state. Between 1820-1920, New York lead the world in manufacturing. Through the 1800s it had the largest state population in the United States. Up until 1925 it was the most populated city on the planet Earth.

The state’s first governor, small government proponent and Democratic-Republican George Clinton, would also be it’s longest serving one at 7 terms, setting the groundwork for a Empirical success story. Hundreds of universities were built in the span of just a century. It had the most factories in the world. The largest population. The most prosperous and wealthy citizens. It produced more food and textiles and machinery than any other place on the planet. There was little government. Little government regulation. Few taxes. No income taxes. No public education system. And yet it produced the world’s smartest individuals by today’s standards. And it was safe. From Staten Island to Niagara Falls. The state was an Empire.

And then it began to stray.

New York’s collapse is not a fast one. The effect of socialism are not overnight. Just as the effects of Capitalism are not always what you see, but what you don’t see. It is the “invisible hand” that Adam Smith would reference. New York had none of the problems it has today. There were no zoning laws, and people built businesses out of their homes that would go on to become world companies. The state collects billions in income tax dollars now, compared to $0 that were collected from the 1700s up until 1919. Now it collects more money than ever from it’s remaining citizen’s income, yet has more problems than ever. It spent nothing on public education for the first half of it’s history as a colony and state. Now it spends the most in the country, yet New York’s education system is in full collapse. Students leave school unable to be self-sustainable citizens, and crime is a rampant among young people throughout modern day New York. New York once lead the country in entrepreneurs. It now leads the country in heroin use. There are few jobs today. New York’s economic outlook was ranked the worst in the country by the end of 2020. And to solve this, the current Governor, Andrew Cuomo, wants to go even further socialist than the most socialist state in America by most standards has gone; raising the state income tax on the remaining wealthy residents up to 14%. The state continues to spiral, and yet things continue to decline.

New York’s steep rise, along with it’s slow and bloody fall, could be separated in two eras. The rise of New York culminated from it’s statehood in 1788 to the 1920s when it’s final skyscraper boom was complete. It is at this time that the “Empire” begin to collapse. At first a slide. Then a freefall.

The largest change to the state policies happened during something called the “progressive era.”

The Progressive Era started as a movement in 1896. It is just as the name would suggest: idealistic socialists who wanted to help create a utopia where there is no poverty, nobody goes hungry, and everyone can have worker rights and high wages.

Muckracking started becoming popular at around 1900, where journalists would write about issues ranging from child labor to unsafe work conditions to urban poverty. A magazine called McClare’s, founded in NYC in 1893, began regularly publishing progressive propaganda against big business, and poverty.

Another was a book called “The Jungle” by Uptain Sinclair, who we have likely all heard of. This book was written in an attempt win over the public’s hearts with regard to worker conditions in meatpacking factories, but instead disgusted the public over alleged unsanitary work conditions. The results caused the Pure Food And Drug Act to be passed. This act ironically was so overly regulatory, it put most of the small meatpacking companies out of business, with only the largest able to survive the massive regulation, creating a corporate meatpacking socialist monopoly we see today. Sinclair quipped about this with a quote “I aimed at the public’s heart and by accident I hit it in the stomach.”

The flight from New York is so bad now, that it quite literally is causing more deaths due to the excess number of deer taking over the abandoned outskirts of towns and cities. The deer population is exploding in parts of the state, causing a record number of traffic accidents and killing countless people. Just a byproduct of the effects of devastating policy.

The destruction of capitalism in New York is comparable in terms to failed socialist states like Venezuela, Cuba, Yugoslavia, North Korea, Soviet Union, Somalia, and others. But it wasn’t just private corporations and the wealthy that left the state though. Medical ingenuity thrives best in wealthy and prosperous societies. With the collapse of New York’s capitalist market and it dived head first into socialism, so too did their world class hospitals. Hundreds of the world’s most advanced medical facilities saw their ability to stay in business disappear, and they closed. Rockland Hospital, Roosevelt Island Hospital, Creedmore Hospital, Hudson River State Hospital, the J.N. Memorial Hospital. The list of abandoned infrastructure mounted into the thousands. This did nothing to get New York to turn away from their socialist ways. If anything, it only accelerated.

As for the blue collar worker who the Democrats that preached socialism, they suffered the most, as always in a Democratic Socialist takeover. Overall, 1.2 million fewer people were employed in manufacturing in New York State in 2014 than in 1970, equal to 12.8% of the private sector employment total in 1970.  In two metropolitan areas (Binghamton and Utica-Rome), manufacturing job losses were about one-quarter of private sector employment in 1970, while in Buffalo and Rochester the manufacturing losses were about 20% of the total. Poverty is rampant in the state. From parts of Long Island to neighborhoods of Niagara.

Having laws that were meant to be revolutionary for tenants has created a collapse in real estate investment and landlords. Developers by and large left the state decades ago, as the government passed sweeping tenant reforms that were the most anti property rights in the country. As a result, the supply of new housing dwindled and the State tried providing a solution. But this too ended in total failure. New York has the most extensive and costly public housing system per capita in North and South America combined. And it is crumbling. Rolling blackouts, heating and water failures, crime all plague socialist housing projects throughout the state.

Public Housing in New York accounts for the most crime in the State. And unlike when the state relied on capitalism to provide housing as demand required, and let the market adjust itself, the socialist utopia the state created for housing has only continued to expand.

The state has also always been ahead of the country in terms of setting a government bar on minimum wage. Even though minimum wage is a proven failed econony policy, the Socialist state continues to expand it. And every time New York would raise it’s minimum wage over the past century, the state’s economy would get a little worse. Strangely, New York continues to raise it more, not realizing the inflation it causes.

Comparing a video of New York City in it’s capitalist heyday to New York City today is a tragedy. The vibrancy and bustling trade of economic activity is gone. Replaced by poverty, homelessness, no selling or buying on a mass scale occurring at all, buildings and shops empty, and houses vacant.

Thanks to this, the oppressively draconian lockdown measures from the government in New York in response to covid were all the state needed to accelerate it’s death. RIP New York. Another lesson that Socialism doesn’t work, even if it’s Democratic Socialism.