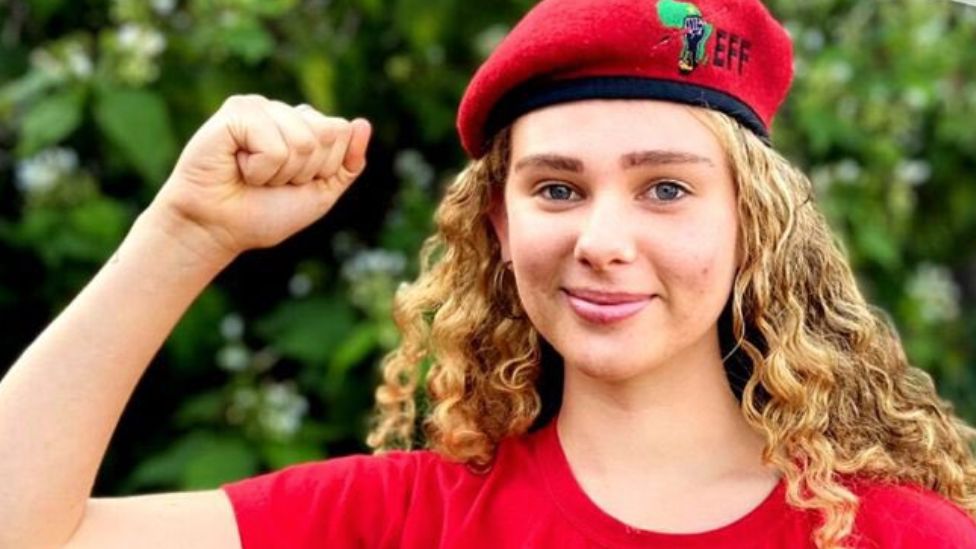 A sheltered 19 year old girl from South Africa, who admits in a news article by BBC that she lives a sheltered existence in a mostly white South African University, has joined her college’s chapter of the EFF. The EFF, or the Economic Freedom Fighters, is a pro marxist, pro african nationalist political party in South Africa that wants to confiscate all of White South African land. The group’s plannis nothing new for Africa. The same actions of confiscating non-black African land and redistributing it to black Africans has had devestating consequences in Uganda, Zimbabwe and other nations. But it hasn’t stopped the radical Marxist political party from making waves.

For Jessica Griesel, she’s one of them. The Boer, or white African, was elected to her Cape Town University campus on an EFF ticket. She told the BBC News in their article that she’s been called a race traitor.

“Being called a race traitor was something that I found very interesting and very telling about South Africa today. It insinuates that there’s still an ‘us’ and a ‘them’ club.” She said.

The EFF party describes itself as “a left-leaning, radical, anti-imperialist and economic emancipation movement, inspired by the broad Marxist-Leninist school of thought.”

At political rallies, chants of “kill the boer” or “kill the farmer” are regularly heard, a reference to white south africans.

For Jess, it’s obvious she thinks that redistributing the wealth of whites to blacks in South Africa will be a successful endeavor.

“I plan to be the eyes, ears and voice of the students and continue to represent them to the best of my ability,” says the teenager, who is studying politics, philosophy and economics