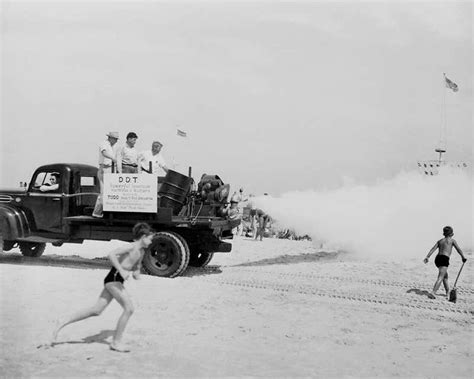 Some people may know what DDT is, others will not. It depends on what generation you befall from. Zoomers are too young to remember DDT. Baby boomers were sprayed with it and the term is synonymous with a poison chemical. The greatest generation remembers how beneficial it was before being banned. And bird lovers know it’s a history in causing Bald Eagles, our nation’s national bird, to go on the brink of extinction.

DDT, or Dichlorodiphenyltrichloroethane, is a chemical developed before world war 2 that was meant to kill mosquitos, at the time a major cause of maleria and other deadly diseases. It’s creator, a swiss chemist and pharmaceutical inventor named Paul Hermann Muller, would be awarded a nobel prize for it’s creation. He worked at a swiss pharmaceutical company that would later become part of Novaris, one of the largest pharmaceutical companies in the world.

He spent half a decade creating it, but finally in 1939 he had developed the DDT we know today. It was hailed a renowned success. Theoretically, it was perfect. Bugs inhale differently from humans. So why not create a poison humans cant inhale due to it’s chemical makeup, but bugs can. That way the poison would be harmless to humans.

In 1948 he received the nobel prize for his invention.

Schools, local governments, farms, and cities began employing its use immediately. Playgrounds with playing children were sprayed regularly to keep the children safe from mosquitos and covered head to toe in DDT. Beaches were sprayed as people sunbathed. Farms used crop dusters to “dust” their croos with ddt and protect them from bugs. It was a miracle product.

the pharmaceutical companies also got rich on it. Extremely rich. They used the money to lobby governments to promote the product.

Housewives and families were so convinced in it’s safety, they would drench their kitchens in it to protect from bugs.

She was convinced that DDT was not a miracle product at all, nor a gift from science. She questioned its possible longterm side effects, but was at first ridiculed and shunned as backwards and anti science. When her neighbor started spraying his crops with the stuff, and first all of her property’s bugs died, and then her bees, and then her chicks, she knew there was a problem.

By the 1960s, after over a decade of uphill battles by the “conspiracy theorists,” the dangers of DDT were finally being discussed, and in 1972 it was banned altogether. But the damage done was astronomical.

The bee populations worldwide went close to extinction. Fish and rivers were heavily contaminated. Cancer rates skyrocketed in countries that used DDT. And America almost killed off her own national symbol for good, with the bald eagle population plummeting to just a few hundred in 1970.

What’s most atrocious is that the FDA had been stusying the possible poisonous effects of DDT as early as 1942. Tests done on animals showed that DDT traces caused tumors, cancer, sickness and death. But the FDA report was buried.

As for Dorthy Colson, she wrote countless letters to anyone who would listen about the dangerous pharma drug. But she was met with rebukes. How could she know more than the “experts” or question science. Pharmaceutical companies and the FDA said DDT was safe. How were they wrong? She spent the later course of 20 years to eventually be vindicated as an early seer of the horrors of DDT.