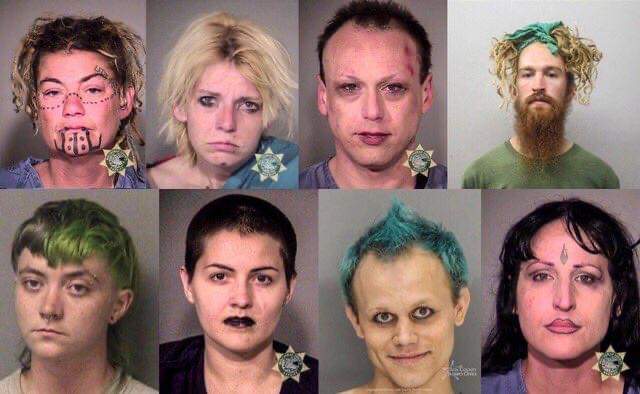 Antifa mugshots are going viral online. Portland has seen a wave of violence from masked Antifa rioters in the past couple years. Critics blame the Mayor for tolerating often violent behavior on Antifa’s part. It’s also reportedly caused fear amongst many residents of the city. But now after multiple arrests by Portland PD, some Antifa members are being unmasked. And the results are a bit surprising for some.

The images are going viral for average citizens to know that Antifa are not so scary behind the mask. They’re actually a little weird.