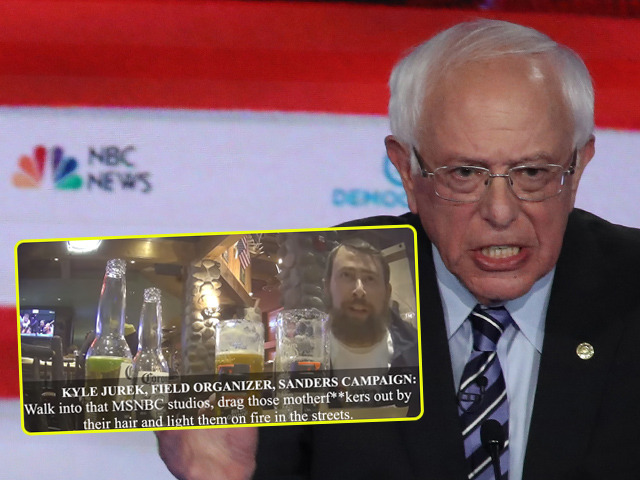 Things are not looking good for the self proclaimed Democratic Socialist Candidate for President. Project Veritas has released a video of undercover operatives recording inside the Bernie Sanders campaign. The video shows bernie staffers talking about cities burning, police being killed, and conservatives being put into gulags. It exposes a major staffer in the campaign talking about cops being hurt if Bernie loses the nomination. It also exposes plans to round up Trump supporters and put them in reeducation camps. He goes on to say that gulags are not so bad.

The staffer is named Kyle Jurek. The Sanders campaign has not yet released a comment on the breaking allegations.

Take a look at the video below: