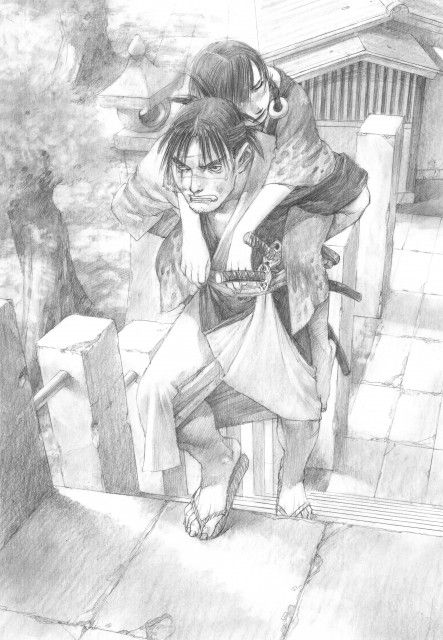 Sword of the immortal (manga)

Were do we begin with one most known seinen mangas if something the only thing that we can say is the story of Manji, Rin and the quest for vengeance will be something memorable. Taking the time that a new anime is airing. I think this will be a good time to review one of my favorite mangas about samurais.

First I have to address this, this manga is not for the faint-hearted this manga has a lot of stuff that will be gory if you’re not prepared to some instances of really extreme and uncomfortable. So you have been warned

Manji is almost completely immortal (his only weakness is a rare poison) his immortality comes from the fact that he was cursed Yaobikuni, he crosses path with a girl named Rin, She is looking for revenge against Anotsu Kagehisa who killed father and the entire dojo, now Anotsu Kagehisa is fighting every dojo and make them part of the Ittō-ryū.

The art style that Hiroaki Samura is clean precise and not only that the layout of how he constructs a scene is just beautiful. I could tell that he also draws the brutal and incredibly visceral fights as it should with some aura of elegance and flair that few artists can do.