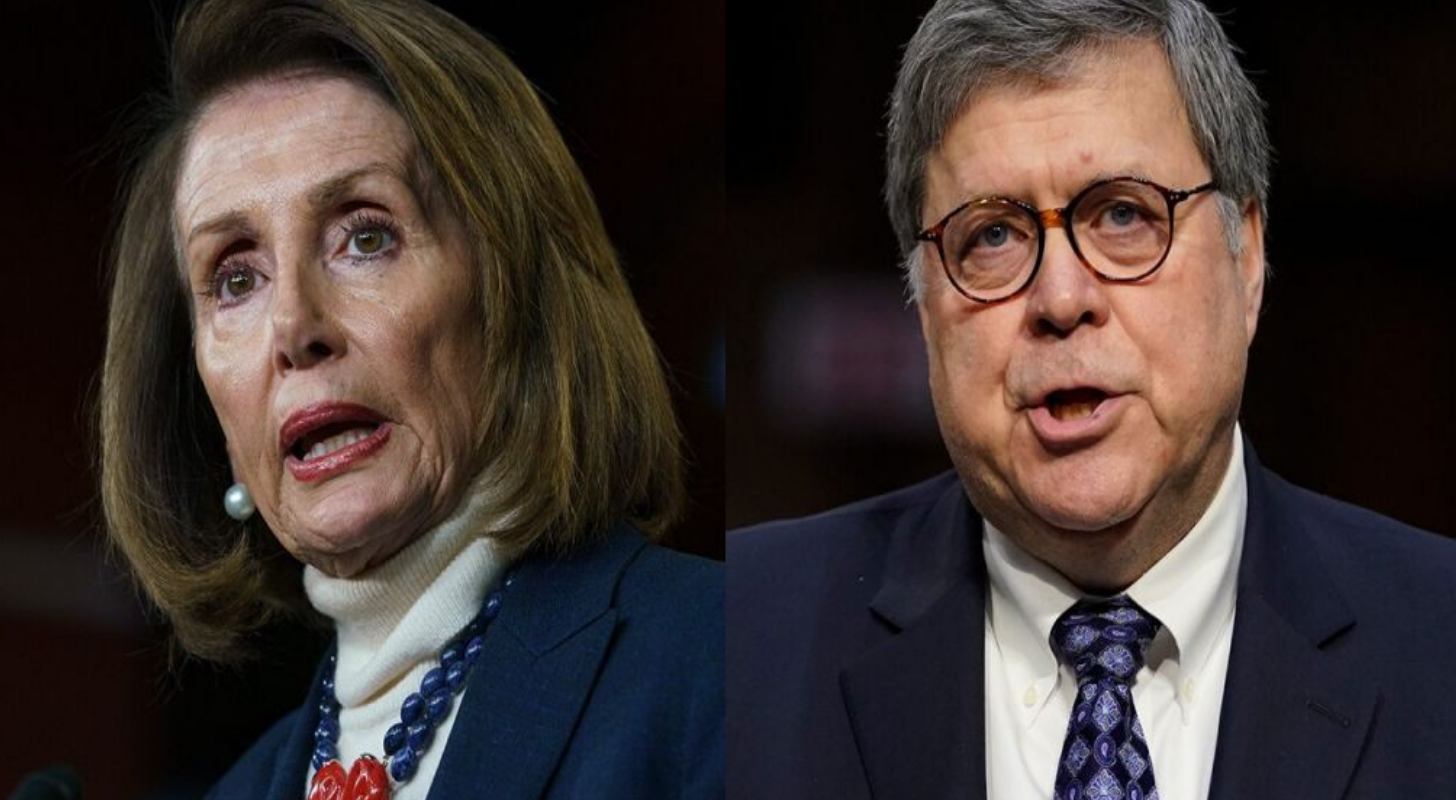 Bill Barr isn’t happy. He walked into the US Capitol for a meeting, and ran into the Speaker of the house.

If you’ve been living under a rock for a while, you may have noticed that this speaker has called for the impeachment of his boss, President Trump.

Now Barr is joking about putting her in handcuffs… for TREASON!

Fox News reported that Barr approached Pelosi after the National Peace Officers’ Memorial Service on Capitol Hill. The attorney general asked the House speaker if she brought handcuffs with her to the service, a source told the outlet.

Another bystander told the Washington Post that Pelosi, “not missing a beat, smiled and indicated to the Attorney General that the House Sergeant at Arms was present at the ceremony should an arrest be necessary,” as the newspaper wrote.