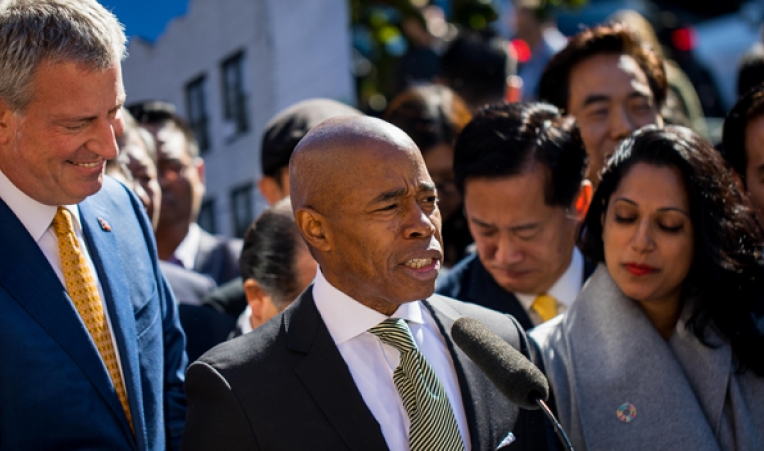 “Go back to Iowa, you go back to Ohio,” he said during a speech in Harlem. “New York City belongs to the people that was here and made New York City what it is.”

Now for a City where there’s somebody from every corner of the world in, and Eric Adams has spent the past half decade trying to defend hispanic illegal migrants from being deported, it’s strange that he would pick the very very miniscule portion of the city that comes from Iowa and Ohio. And for a New Yorker who doesn’t at all understand the world outside New York, Iowa and Ohio pretty much means entirely white.

The media has been quick to criticize him, but their criticism has been relatively weak.

“You were here before Starbucks,” he told a crowd of about 300 who greeted his remarks with cheers and applause.

“You were here before others came and decided they wanted to be part of this city.”

An irony with Mr. Adams is that Brooklyn was white when his parents moved to the borough from a rural state elsewhere.

The racist has not been called out for the obvious racial discrepancies yet, aside from this publication that has zero tolerance for racism.