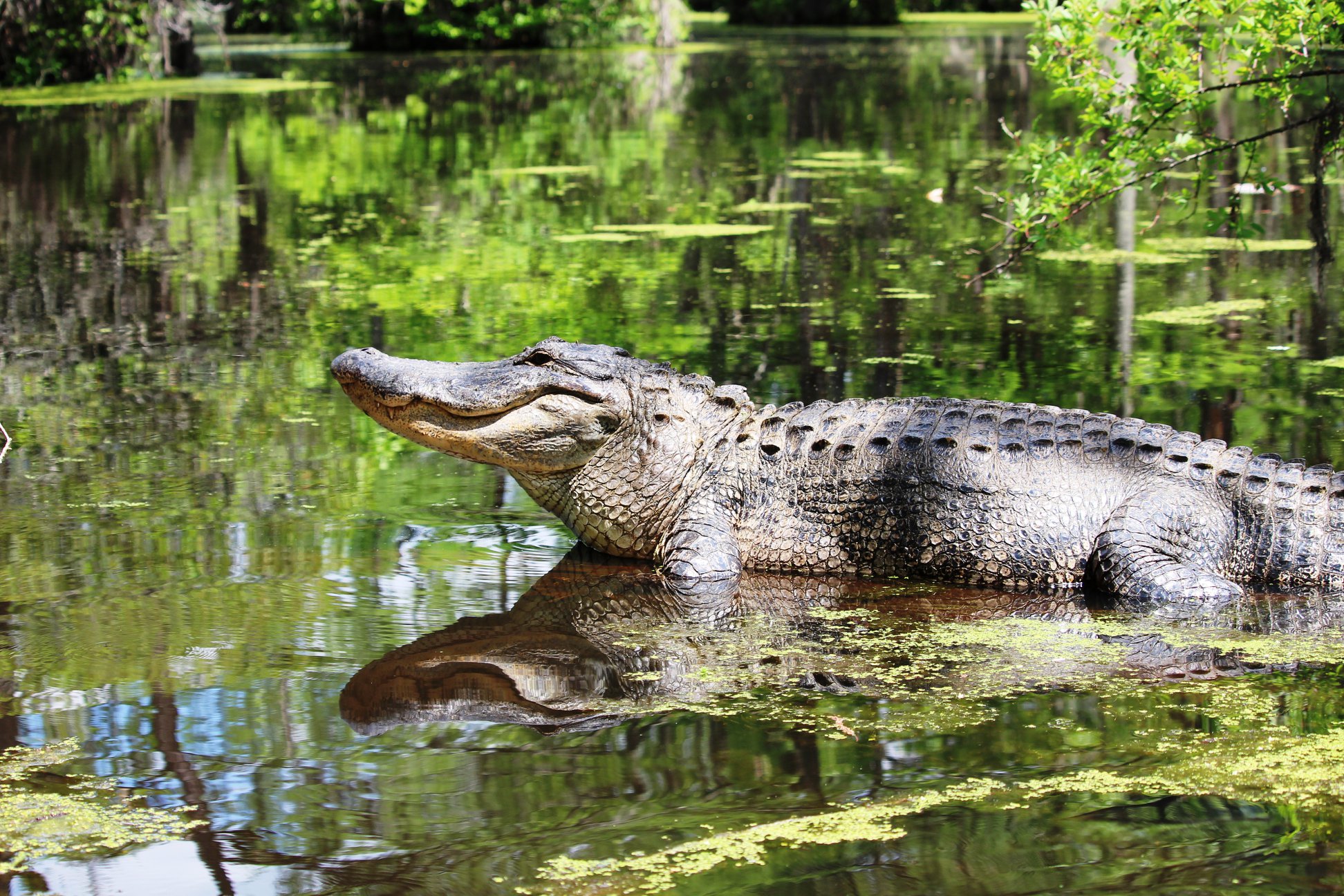 An alligator was found in the swamps outside Chesapeake Bay, Virginia that has the people of Virginia in an frenzy. Social media was alit with activity over the photos, and while gators are found in neighboring North Carolina located below Virginia, they do not come into Virginia.

The report was enough for the Virginia Department Of Game and Inland Fisheries to respond.

Recently, there have been some photos circulating around social media about a juvenile (~2 ft. long) American alligator seen near the Great Dismal Swamp National Wildlife Refuge. However, this is most likely a released “pet.” Although it is illegal to possess any species of crocodilian in Virginia without a permit, they are often obtained from out of state sources and illegally brought into the state.

The northernmost naturally occurring population of alligators is just south of the Albemarle Sound in North Carolina with some introduced individuals just north of the Albemarle Sound at Merchants Mill Pond State Park. According to a recent survey by the North Carolina Wildlife Resources Commission, their current distribution in NC appears to be unchanged over the past 30 years. Additionally, there is no fossil record or any other historic evidence to indicate alligators ever naturally occurred in Virginia.

To learn more about alligators in North Carolina, visit http://ncwildlife.org/Learning/Species/Reptiles/Alligator