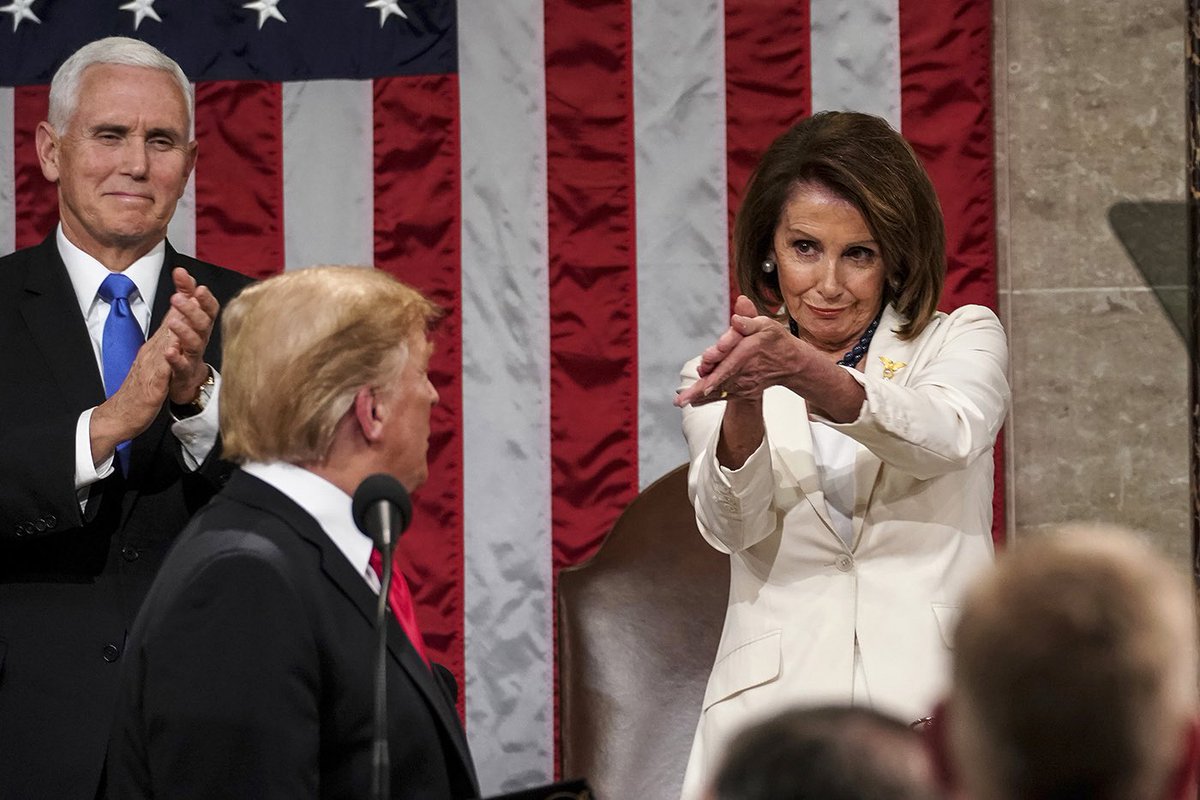 Thousands upon thousands have signed the petition to remove the disgraceful Nancy Pelosi for her stunt performed during the State Of The Union address on Tuesday night. Pelosi shocked the nation when the she ripped up the speech Donald Trump gave during SOTU. Sign the petition in the link below.

Trashy Nancy disgusted the nation when she tore up President Trump’s State Of The Union speech on live Television… behind his back!

Well now we’re getting a clearer picture as to why she did such a tasteless act. And it is telling of a woman who is obviously becoming unhinged before America’s very eyes. One blunder after another by this mad woman and we are never shocked by the latest outrage.

New footage has also emerged showing that Nancy PRE-RIPPED the speech even before Donald Trump snubbed her.

And earlier this year, a photo began circulating online of Speaker Nancy Pelosi on stage at an event in California and appearing to pick her nose. The photo was suppressed for over a decade before surfacing online. The photo, taken by a photographer named Chris Roberts, can be found in the link below.

The photo was reportedly taken on November 25th, 2008.

While it’s not unusual for one to pick their nose, for Nancy to do it on stage in front of cameras has had some raise questions about her mental health. The speaker has had an array of embarrassing moments over the decade involving incidents where her health was called into question.

Nancy Pelosi has through out the years gotten worse and worse on the public stage. Just this year during a press conference, she mumbled uncontrollably in front of the cameras and muttered incoherently. People watching could barely make out what she was trying to say.

the video’s gone viral of Pelosi trying to talk to reporters about impeachment, but failing to come off coherently. She gave a speech to the press about the articles of impeachment and when asked what shes going to do next, had what some are calling online a very peculiar response.

And in another video recorded of her speaking with reporters, she once again comes off incoherent and unable to speak clearly. She tells reporters that she has to save the world from peril.

Our video sources used are from mainstream media pages, so that there can be no accusations of video manipulation.