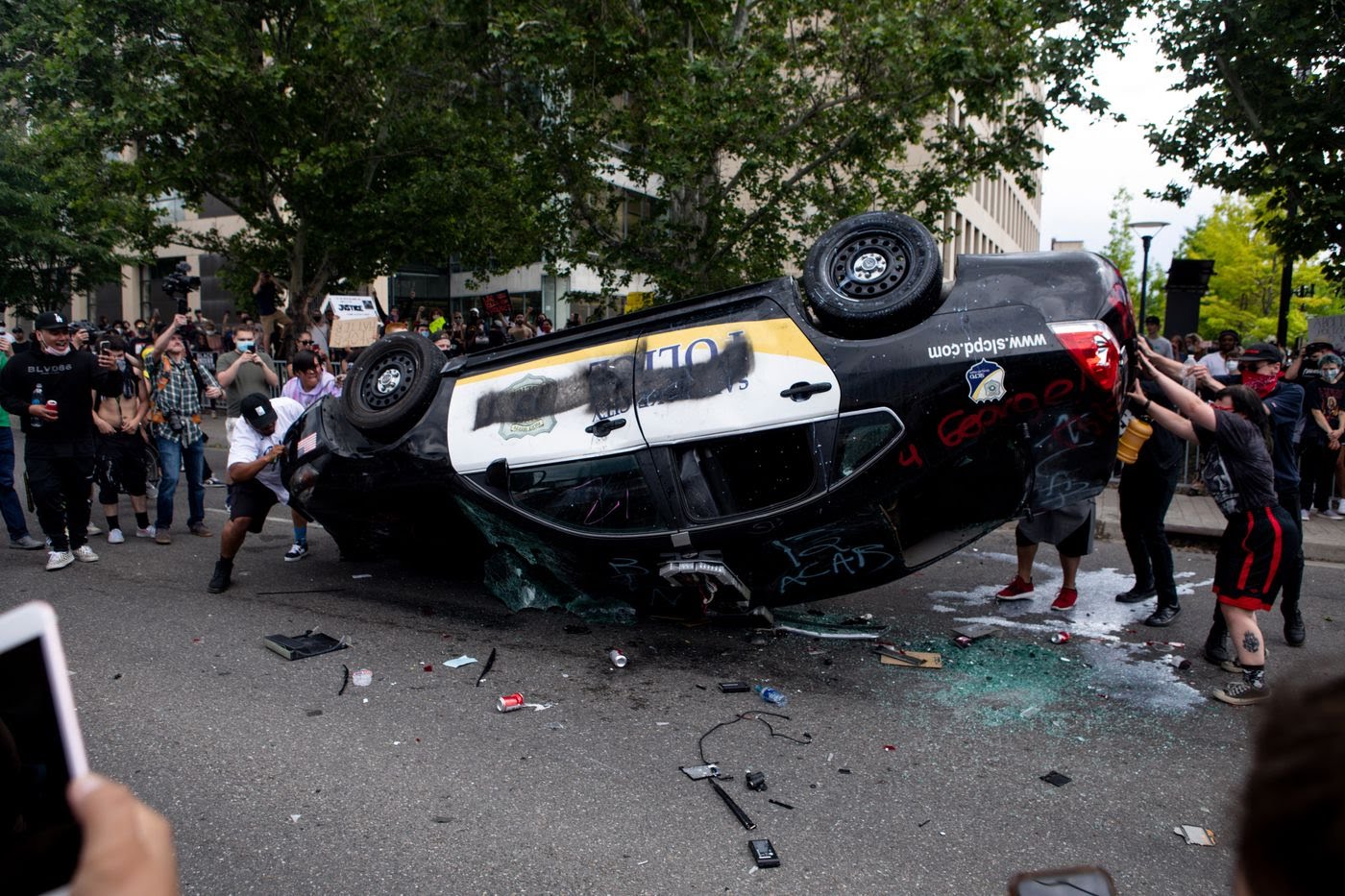 The Democrats have unleashed hell on their own cities. After disarming New Yorkers with his SAFE ACT, Governor Cuomo left them helpless. In January he passed bail reform ensuring that anyone arrested for rioting would be released. And after 3 months of lockdown, they have let loose throngs of angry unemployed people to ravage their own cities.

A shocking video has gone viral showing the sacking of a neighborhood in Manhattan. The footage is almost apocalyptic. Mobs of people warm a posh Manhattan neighborhood, destroying and looting.

Take a look below.

The footage is horrifying, and a message for what is instore for the rest of America if Donald Trump loses in November.

And in St. Louis, Missouri, the DA has released all of those arrested previously for rioting.

in Salt Lake City, rioters flipped a police car and then set it on fire. The Democrats are destroying their own cities and defending it, showing us exactly what’s in store when November comes if they win the White House.

In Colorado meanwhile, the Governor told protesters they can vandalize the Capitol as much as they want, but just make sure to social distance.