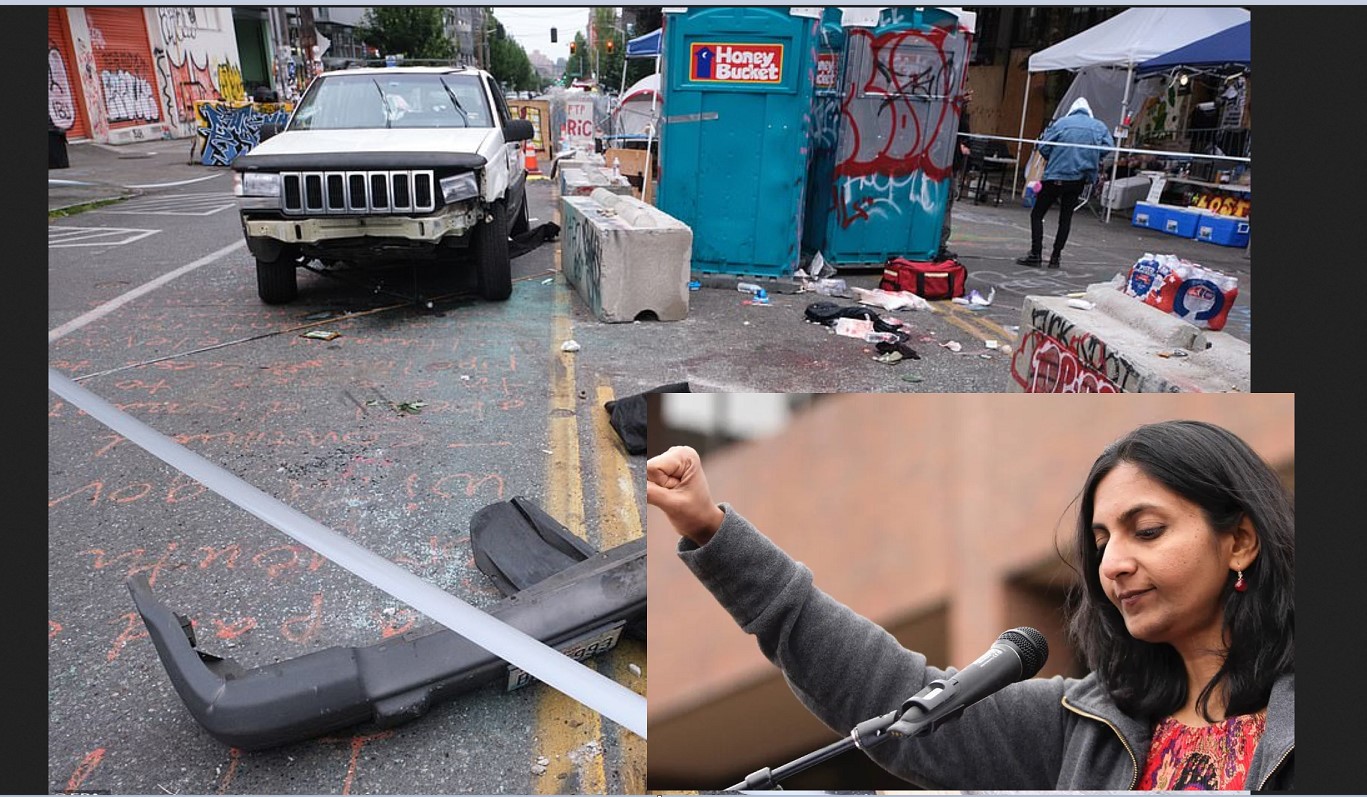 The communist city councilor in Seattle, Kshama Sawant, was critisized last week for blaming right wingers for the violence of CHAZ. Now she is switching tunes after backpedaling on that statement. The new cause of failure for CHAZ is not right wingers, but capitalism. That’s right. The socialist utopia plagued by violence has only capitalism to blame.

A 16 year old died and a 14 year old is still being treated for gun shot wounds. Both were african american. They were shot in a jeep riddled with bullets this morning. Sawant tweeted in response on Monday “While we await details of this tragic killing, it highlights capitalism’s brutality and endemic violence,” she said. “Our movement rejects insinuations and falsehoods perpetuated by corporate and conservative media that this violence is outcome of CHOP or of our movement.”

It’s been reported that security forces inside the CHAZ opened fire on the jeep as it tried to ram the barricades.

Khama Sawant has been criticized for bringing about many socialist policies throughout Seattle while a city councilor, and the policies have caused the city to plummet into an abyss. Since enacting her agendas, the city has seen skyrocketing homeless and out of control cost of living.