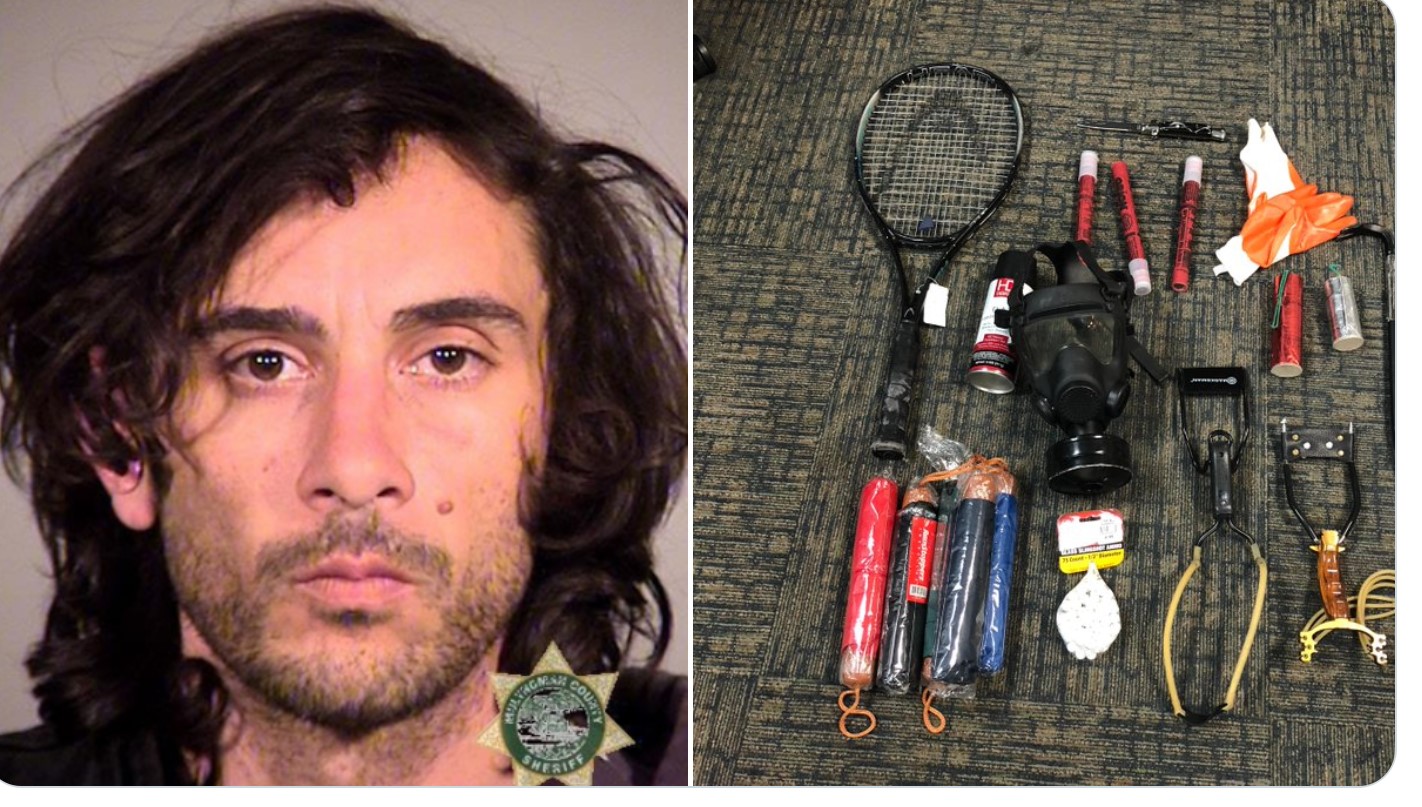 Riots erupted in Portland again last night. Rioting has been a nightly occurrence in Portland, Oregon since the death of George Floyd in May.

During the violent scene, 37 year old Herman Bates shot a metal ball bearing from a slingshot directly into the face of an EMS paaramedic, in an attempt to blind him. He was arrested by police immediately after. A crowd of rioters attempted to stop his arrest but were not successful.

After his arrest, he was found to be in possession of a ccrowbar, a switchblade knife, a gas mask, flares, an umbrella, another gas mask, spray paint, fire crackers, glass slingshot ammunition, and two slingshots.

He was arrested on suspicion of assault, assaulting a public safety officer, interfering with a police officer, carrying a concealed weapon, and disorderly conduct.