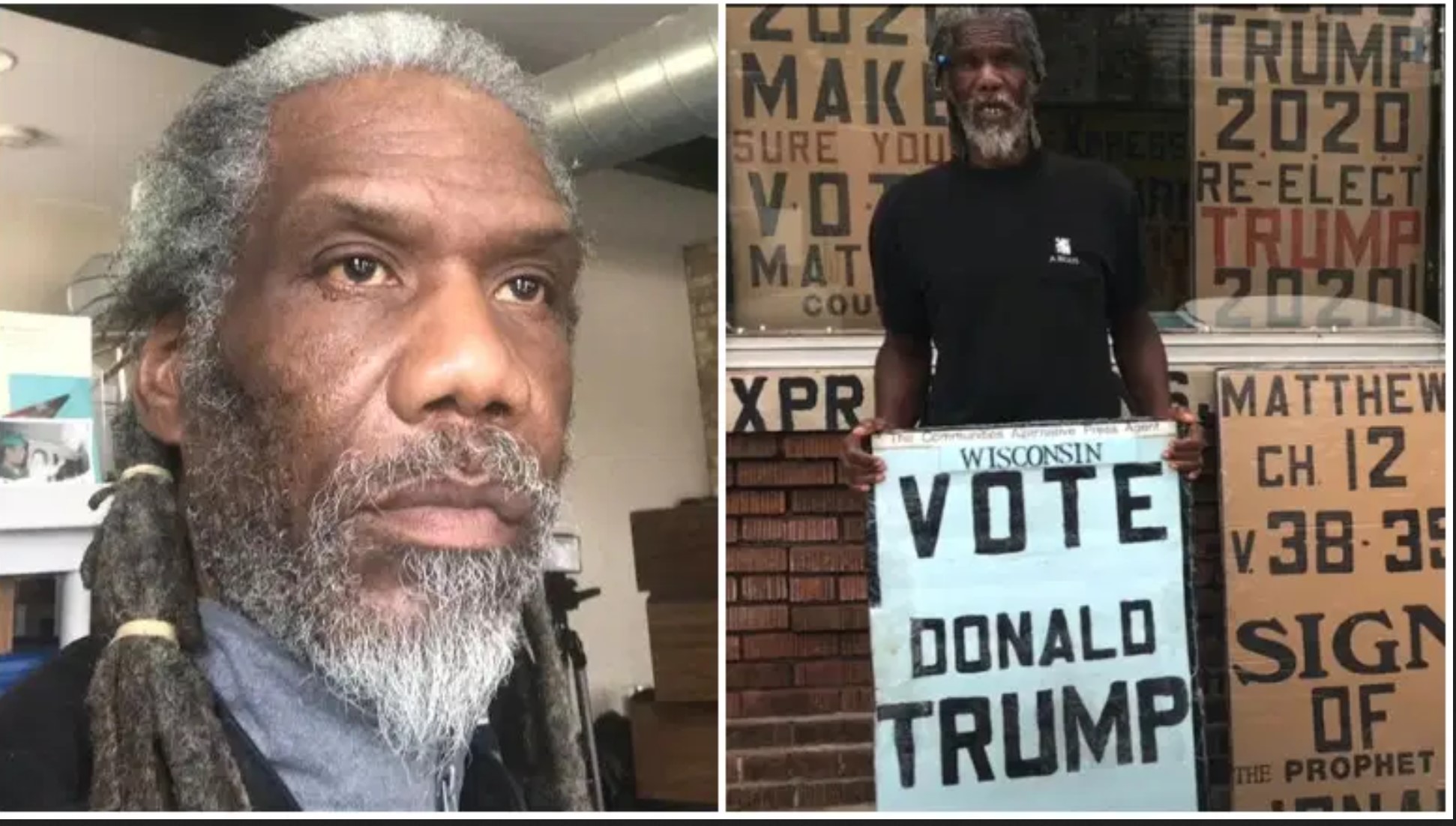 a black Trump supporter was murdered in broad daylight on the streets of Milwaukee as BLM and Antifa thugs across American cities reign havoc an violence encouraged by Democrats.

Bernell Trammell was a very well known public voice for Donald Trump. He would hold trump signs and religious materials on the streets on Milwaukee and engage in long political conversations about his support for the President.

Trammell, who was 60 years old, had given an interview just a few hours before his murder, where he explained his support for President Trump. Then, at around noon time, he was killed by unknown assailants.

A local resident of the neighborhood, Kevan Penvose, said on Facebook that Bernell Trammell “was a man with whom I hardly ever agreed about anything he wrote on his signs, but also, as a Rasta street preacher, he was one of the people that make my neighborhood so uniquely wonderful. Around 12:30 this afternoon I heard gunshots nearby as I was working at my dining room table. Soon after, I was reading reports on social media of a shooting around the block, at the location of this one-of-a-kind storefront that I’ve walked by a million times… Peace and light, Ras Bernell.”

“The victim, a 60-year-old man from Milwaukee sustained fatal injuries. The circumstances leading up to the shooting are under investigation. Milwaukee Police continues to seek unknown suspects. Anyone with any information is asked to contact Milwaukee Police at (414) 935-7360 or Milwaukee Crime Stoppers at (414) 224-TIPS or P3 Tips App.”