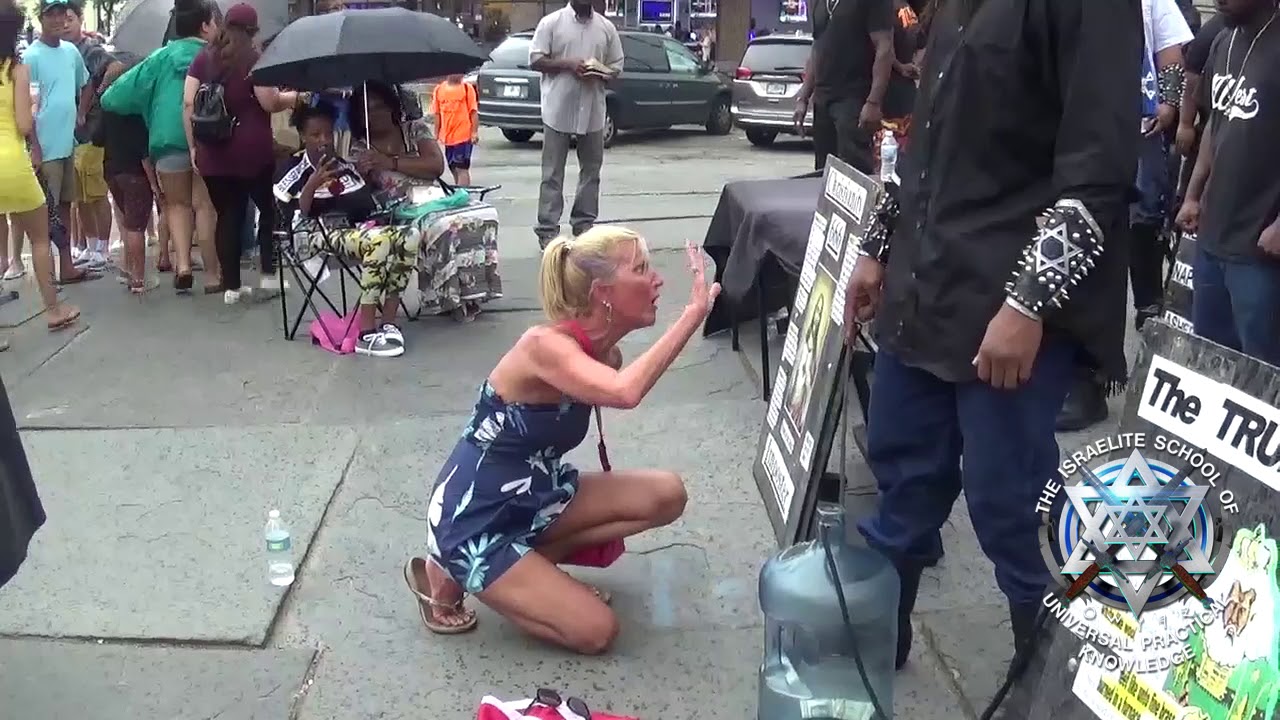 A white woman was filmed kissing the feet of Black Hebrew Israelites in Charleston, South Carolina to apologize for slavery.

The video surfaced over the summer. The black hebrew Israelites are a radical black extremist group that believes multiple racist theories about the inferiority of other races and superiority of black people. Whites, asians, hispanics, middle easterners and native Americans are all of lesser races in the Black Hebrew Israelites ideology.

WordPress has begun censoring conservatives, so if the videos don’t show, then you can find the links below.