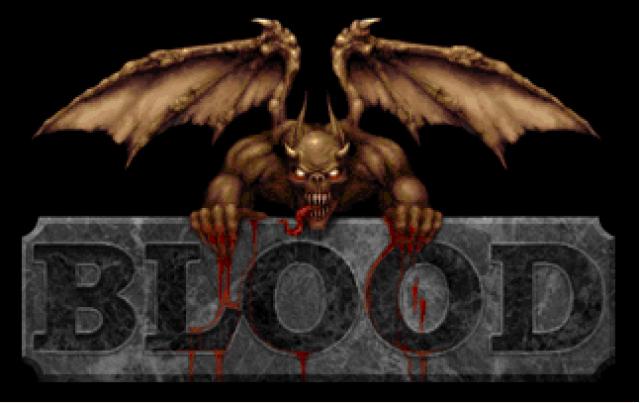 Where do we being with Blood one of the best build engine games ever, the flow of the combat, the aesthetic or the one-liners of Caleb
Oh! I know! Open for business! crudux cruo!

The aesthetic of this game it borders between great homage, parody and actual horror movie scenario or action-horror scenario, it’s drench in blood, guts, gothic beauty and full of cultist to you to fight.

The flow of combat is like a sped-up aggression factor of Duke Nukem, with the most difficult enemies in the build engine, I highly suggest everyone who plays this game to be prepared to be killed and to quick save as often as possible and crouch when a gargoyle appears and to shoot first the cultists. They need to be your first enemy to take care of usually. Mainly because of hitscan.

You’ll be greeted with bullets and bundles of dynamite.

The feeling of shooting the shotgun is the best you ever feel in a game or throwing dynamite. I highly suggest to everyone playing this game to learn how to throw dynamite it will help you a lot.

The movement of the game feels like you are high-speed wing and your shoes are like roller blades that you’re perfectly able to control like a ballerina drenched in blood and two shotguns in hand, even with that the selection of weapons is magnificent the voodoo doll, the napalm launcher, the flare gun, the pitchfork, The Tommy gun, dynamite bundle, the proximity detonator, the remote detonator, the life leech, and the aerosol can just feel awesome to play around

Well, but what I can say is just play it, I give it the highest of the appraisals.