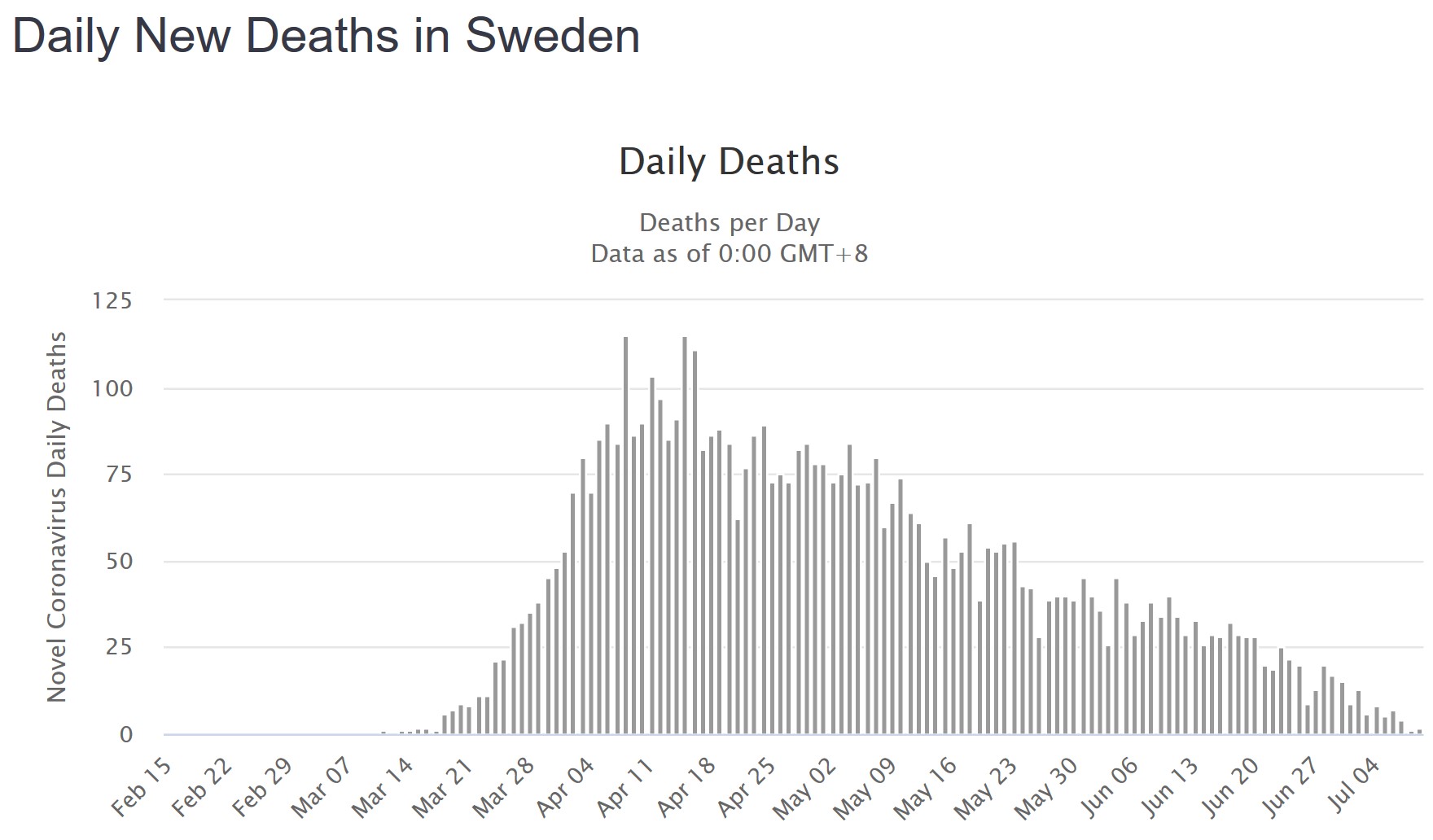 Sweden has achieved a level of herd immunity against the noval coronavirus within a span of less than 6 months. This is with cases plummeting continuously over the past few weeks, and without the need for a lock down.

The strategy has been a huge target of ridicule from the leftwing media. The policy of not locking down the country has caused Sweden to have high mortality rates, but this was the point. By getting the virus over with quickly, they are now already done with the pandemic. The strategy caused anger among many liberals in the west and United States.

But as is being seen worldwide, as countries leave their first lock down, the virus has just gone back to spreading again. Cases are skyrocketing everywhere. And instead of letting the virus run it’s course, governments are deciding to lock down yet again. This will once again pause the pandemic for these places, prolonging the agony.

Sweden’s success has caused a massive outage among media pundits with an agenda to push. The New York Grimes called Sweden “The World’s Cautionary Tale.”

Business Insider, which has hated Sweden’s approach and repeatedly decried it a failure, even went so far as to publish an article headlined: “Sweden: dramatic drop in deaths doesn’t mean plan worked.”

Then they go on to criticize and compare Sweden’s death toll to the rest of the world’s.

What they miss though is that the rest of the world’s death toll will probably look like Sweden’s anyway within a year. If Sweden decided to do a lock down, they would be at the same level as the rest of the world, opening and closing over and over again, causing hardship and stress to it’s citizens. Then in the end, Sweden’s death toll would end up being the same anyway. So the Swedes opted to rip the bandaid off fast rather than slow.

The only difference between them and the rest of the world for following this policy though is Sweden got through their pandemic quickly, while we are drawing out the agony for as long as possible.