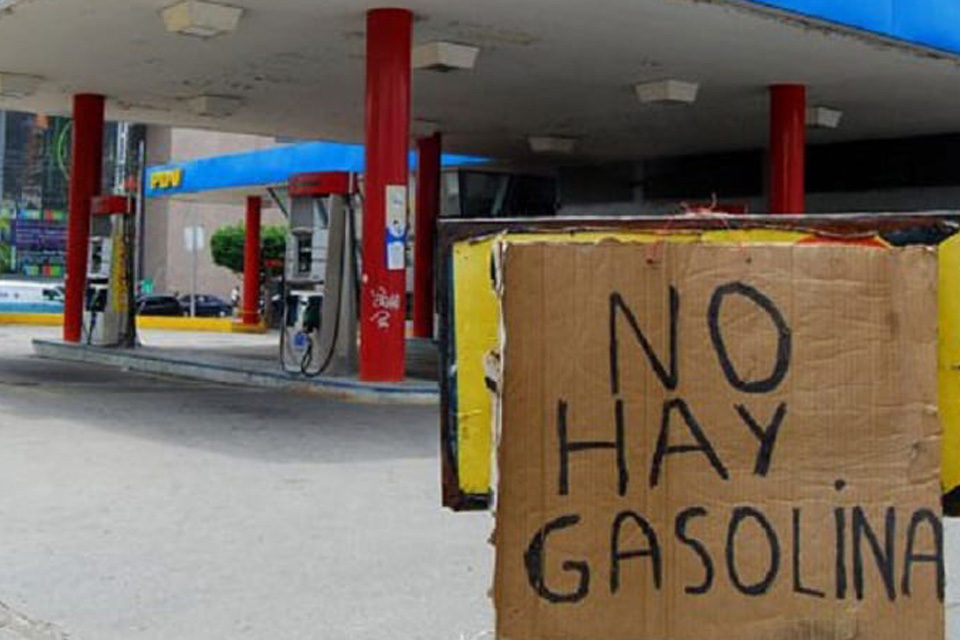 Written by our venezuela correspondent. We partner with conservative, pro democracy pro free market Venezuelans to write articles that educate American liberals on the dangers of socialism. Our correspondents partner with us, and help moderate our prntly facebook page as well, in the event they need to answer questions about Venezuela.

The scarce gasoline that is arriving in Venezuela is obtained through transfers from one ship to another, just as it is contraband to evade international discharges.

For more than five years, the South American nation has suffered from a fuel shortage unique in its history due to the lack of national production; the interior of the country faces intermittently long things in the service stations while the citizens have been forced to dawn in the lines. But recently the situation worsened, the gasoline shortage spread to Caracas and could be sustained for longer.

A report by the Bloomberg news agency revealed that after the stoppage of most of the refineries in Venezuela, the nation will import large quantities of gasoline; however, to evade sanctions, it has been forced to transfer ship-to-ship cargo from Europe. In total, Venezuela imported 3.62 million barrels of gasoline in November and October.

“Transfers are made when ship operators, who initially transport fuel from the Mediterranean, seek to stay away from Venezuelan ports amidst the sanctions,” explains Bloomberg.

Economist Reid I’Anson explains to the news agency that all these transfers are not only unusual, but would also be “uneconomical” for the South American country as the journey to reach their destination has become extremely complex.

“After loading the fuel in Italy and Greece, the ships Gemma and Chance sailed to Malta, a popular ship transfer center, and unloaded the cargo at the Suezmax Alburaq (…) then sailed to Aruba where the cargo was transferred at sea open to the Serengeti and Margarita ships that, in turn, unloaded gasoline in Venezuela, “the investigations indicate.

While the dictatorship continues to send oil, gasoline and diesel to Cuba, the refineries in Venezuela are practically paralyzed; only two of them work but less than 10% of their capacity.

“Venezuelan oil supplied 10% of the United States internal market (…) there, through seven large refineries, in 15,750 service stations the market was served (…) today the poor Venezuelan market destroyed by the crisis economic is no longer capable of being supplied by our refineries and we are depending on imported gasoline from other sources to be able to temporarily solve the problem, “Venezuelan economist José Toro Hardy explained to NTN24.

One thought on “Venezuela, Most Oil Rich Nation On Earth, Runs Out Of Gasoline”